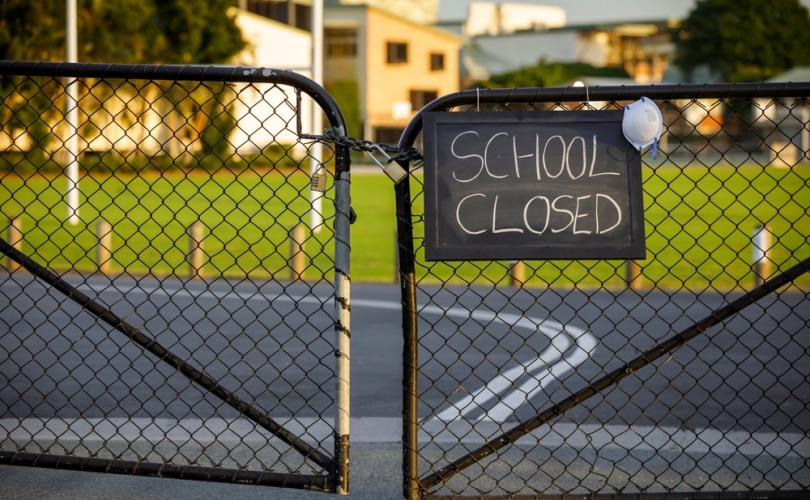 ‘We are witnessing a crisis in children’s mental health with a dramatic increase in utilization of acute mental health services. Schools play an essential role in the recovery process.’

Ontario, May 25, 2021 (LifeSiteNews) – Twelve major children’s services in Ontario have signed an open letter to Premier Doug Ford calling for schools to re-open immediately, for summer school to be in person and for schools to also be open in September.

The letter https://www.cheo.on.ca/en/news/an-open-letter-to-the-ontario-gove , which included signatories Children’s Hospital of Eastern Ontario (CHEO), Sick Kids, and the Pediatrician Alliance of Ontario, points out that “[h]ousehold members of school aged children do not have a higher rate of infection or hospital admission due to COVID-19 and may have a lower risk of death.”

We are witnessing a crisis in children’s mental health with a dramatic increase in utilization of acute mental health services. Schools play an essential role in the recovery process. In‐person school provides students with routine and structure, accountability, socialization and recognition of abuse and neglect. For many children, school is where they receive services and supports to meet developmental milestones. In‐person attendance is linked to important long‐term health and well‐ being outcomes and the benefits are particularly apparent in those who are marginalized or have disappeared from the school system.

The call from the coaltion of children service groups comes after the Ontario government published a plan to incrementally lift lockdown restrictions, but which states that schools will remain closed until it is deemed safe for them to return.

The decision to keep schools closed comes despite recent advice from Governor Ford’s Science Advisory Board, which in a May 20 brief, stated that “[m]aintaining progress on vaccinations and maintaining some public health measures until mid-June can help ensure a good summer: School re-opening will create an increase in cases, but this may be manageable.”

Schools in Ontario have been closed since April 12, 2021.  Prior to this, they were shut down over Christmas for 28 days.

When asked about this report, the Toronto Sun reports that Ford claimed that “some” Science Table members don’t support it and “we have to get a consensus.”

This isn’t the first open letter from public officials to re-open schools.  On January 7, 2021 the Elementary Teachers of Toronto sent a letter to Ford and on February 2, 2021 an open letter was sent both to Ford and other Canadian premiers from the Canadian Coalition for the Rights of Children (CCRC).  The letter, signed by about 150 medical professionals defended schools as essential stating, “keeping schools open is the safest option, not only for the overall health and wellbeing of children, but also for society at large; now and in the future.”

The CCRC’s letter goes on to state:

With 12 months of studies and millions of infected children, we now have sufficient data supporting that COVID-19 is a low-risk virus for children, with adverse outcomes similar or reduced compared to other respiratory virus for their age group. In Canada there have been 3 people under the age of 19 out of 109 342 cases who have died with COVID. This is less than the death toll in this age group from annual influenza. Similarly, hospitalization rates for influenza are 3-fold higher with influenza at 1352 compared to COVID-19 at 580.

The letter from the CCRC further states that “[w]henever the rate of transmissions in schools has been examined, it has been shown to be low and there is no evidence of rates in school being higher than those in the source community, even when asymptomatic testing has been performed.”

The Ontario English Catholic Teacher’s Association (OECTA) are also advocating for schools to be open, but insist on a host of COVID regulations being enforced. They state:

The situation Ontario currently finds itself in rests on the shoulders of the Premier and his refusal to do what is needed to ensure that schools can open safely and not contribute to the spread of COVID-19. To make in-person learning safe and sustainable, the Ford government must immediately reverse their short-sighted cuts and invest in smaller class sizes to allow for proper physical distancing, improved ventilation, and robust tracing and testing protocols. They also must ensure that teachers and education workers who need it have access to the vaccine before returning to the classroom.

Ford’s re-opening plan is contingent on 70-80% of adults receiving one dose of the vaccine and 25% being fully vaccinated. At this point, according to the plan, even at 80% vaccinated, there will still masking indoors and 2-meter distancing.