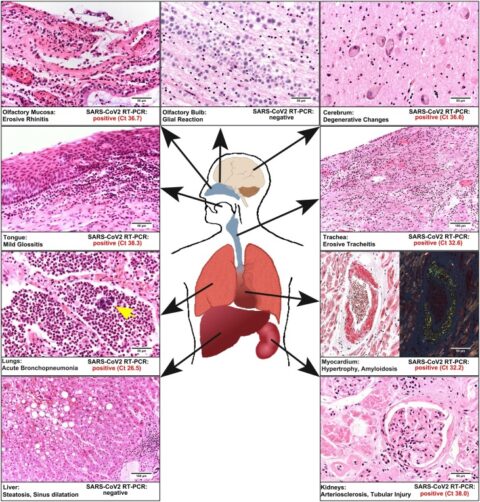 Abstract A previously symptomless 86-year-old man received the first dose of the BNT162b2 mRNA COVID-19 vaccine. He died 4 weeks later from acute renal and respiratory failure. Although he did not present with any COVID-19-specific symptoms, he tested positive for SARS-CoV-2 before he died. Spike protein (S1) antigen-binding showed significant levels for immunoglobulin (Ig) G, while nucleocapsid IgG/IgM was not elicited. Acute bronchopneumonia and tubular failure were assigned as the cause of death at autopsy; however, we did not observe any characteristic morphological features of COVID-19. Postmortem molecular mapping by real-time polymerase chain reaction revealed relevant SARS-CoV-2 cycle threshold values… read more First case of postmortem study in a patient vaccinated against SARS-CoV-2 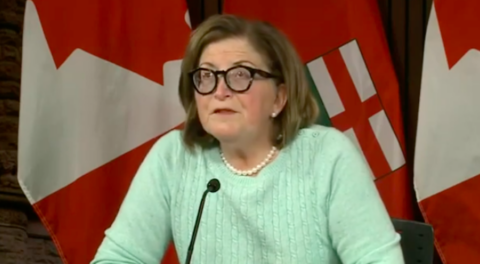 An Ontario health official was caught saying comments on a live microphone before providing updates on the province’s COVID-19 situation earlier this week. On Monday, during a press conference, Associate Medical Officer of Health Dr. Barbara Yaffe was caught talking to Chief Medical Officer Dr. David Williams before the announcement started, unknown to them that their microphones were on. In the video that’s been circulating on social media, Yaffe can be heard saying, “I don’t know who gives me all these papers. I never look at them … I just say whatever they write down for me,” she said… read more Ontario health official caught stating “I just say whatever they write down for me”