The Liberal government’s Bill C-10, which has been criticized by the opposition and advocates for its potential to limit free speech, is part of a number of measures and directives issued by the federal government for internet and speech control.

These measures include introducing new regulations for online content, a legal framework to address “online hate,” as well as a struck-down section of Canada’s elections law to combat “fake news” during elections.

In his mandate letters to a number of ministers, Prime Minister Justin Trudeau listed “online hate and harassment” together with “ideologically motivated violent extremism and terrorist organizations” in the same sentence requesting the ministers’ action, signalling the importance of combatting online hate.

Skeptics of the government’s new measures claim that the Criminal Code already has the tools to deal with hate speech, and therefore creating new regulatory bodies that would operate with lower burdens of proof than that of the criminal justice system could lead to infringement on people’s freedom of speech. It could even lead to politicized use of those legal tools, since they’re outside of the court system.

Cara Zwibel, director of the Fundamental Freedoms Program at the Canadian Civil Liberties Association, told The Epoch Times that while it is appropriate for the government to put in place certain restrictions to deal with illegal online activities, there is a risk that an overreaching piece of legislation could capture “a whole bunch of legal activity and make it much more subject to government scrutiny and regulation.”

Minister of Canadian Heritage Steven Guilbeault responds to a question during question period in the House of Commons in Ottawa on Nov. 3, 2020. (Adrian Wyld/The Canadian Press)

Trudeau has made combatting “online hate” part of the mandate of a number of cabinet ministers.

In the case of Heritage Minister Steven Guilbeault, Trudeau has mandated that the minister create new regulations for social media platforms such that they remove “illegal content, including hate speech, within 24 hours or face significant penalties.” 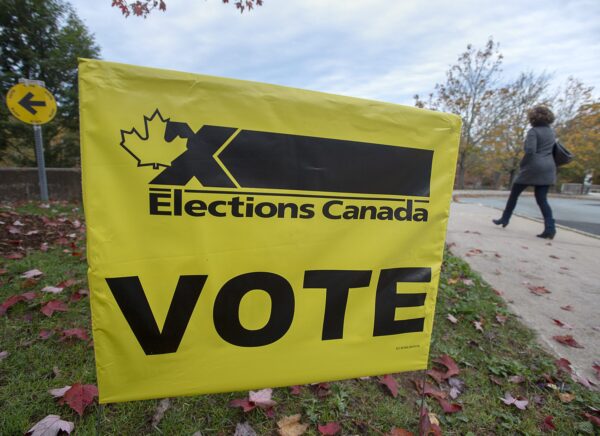 A voter heads to cast her vote in Canada’s federal election at the Fairbanks Interpretation Centre in Dartmouth, N.S., on Oct. 21, 2019. (The Canadian Press/Andrew Vaughan)

The non-profit Canadian Constitution Foundation earlier this year won a court challenge to defeat new sections of the Canada Elections Act introduced by the federal government to counter the spreading of misinformation about candidates during an election.

The challenged sections, introduced as part of Bill C-76 that was passed in 2018, sought to forbid false claims about a candidate breaking a law or being investigated or charged with a criminal offence, as well as false statements about a candidate’s citizenship, place of birth, education, and professional qualifications.

Ontario Superior Court Justice Breese Davies, who presided over the case, said in her ruling on Feb. 19 that the new additions were an unjustifiable infringement on the free-speech rights of Canadians.

“The free exchange of political ideas is essential to a properly functioning democracy. Political speech is the most valuable and protected type of expression,” Davies wrote.

Davies rejected the government’s request to suspend her ruling for 12 months, saying that her decision to strike down the new additions takes effect immediately. 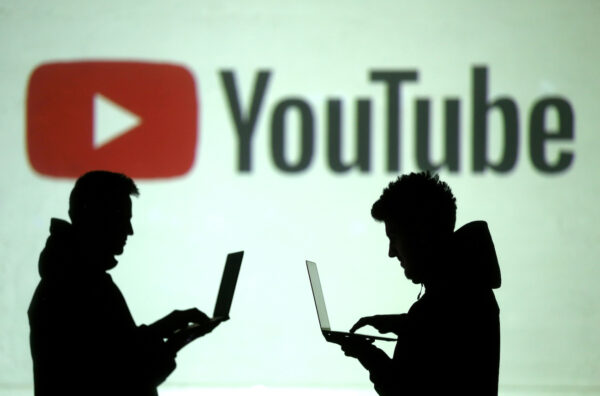 Silhouettes of mobile device users are seen next to a screen projection of YouTube’s logo in this picture illustration taken March 28, 2018. (Dado Ruvic/Illustration/Reuters)

Amidst criticism, the Liberal government said on May 3 that the bill will be amended to make it “crystal clear” that uploads on social media by Canadians wouldn’t be subject to the CRTC regulation.

University of Ottawa law professor Michael Geist said on Twitter that the change shows that Guilbeault “acknowledges what was obvious, namely that government Bill C-10 changes resulted in regulating the content of millions of Canadians.”

Even before the April 26 amendment, the bill was criticized for its potential to give the government undue powers to control online content.

“[Bill C-10] is about speech control over the internet,” Timothy Denton, a former national commissioner at the CRTC, wrote in Financial Post.

“The freedom to communicate across the internet is to be determined by political appointees, on the basis of no other criterion than what is conducive to broadcasting policy—and, presumably, the good of our domestic industry. As always, the interests of the beneficiaries of regulation are heard first, best, and last. Consumers and individual freedoms count for little when the regulated sector beats its drums.” 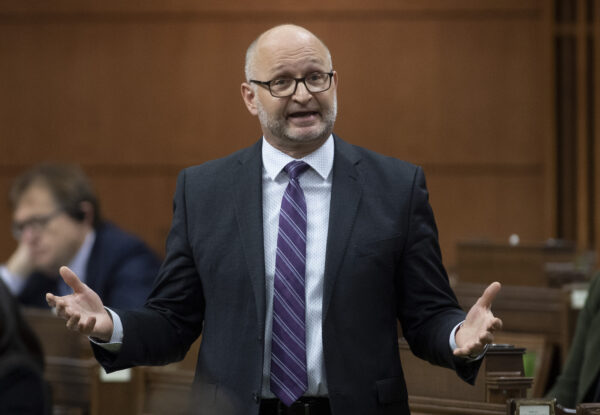 Justice Minister David Lametti responds to a question during question period in the House of Commons in Ottawa on Oct. 20, 2020. (Adrian Wyld/The Canadian Press)

According to a ministry spokesperson, the goal of the legislation “is to foster a safer and more inclusive online environment so all Canadians can exercise their expressive rights online, without being subject to hateful or threatening attacks.”

Arif Virani, parliamentary secretary to Justice Minister David Lametti, has told the National Post that the bill will include a new definition of hate.

The bill could see enactment of a civil remedy for hate speech similar to a law repealed in 2013, which made it an act of discrimination to communicate anything online or by telephone that was “likely to expose” a person to hatred or contempt, as long as they are “identifiable on the basis of a prohibited ground of discrimination.”

The controversial law—Section 13 of the Canadian Human Rights Act—was criticized for being overly broad and having weak safeguards to protect speech rights.

Christine Van Geyn, litigation director of the Canadian Constitution Foundation, told the National Post that the civil remedy under Section 13 was “widely seen as highly politicized and discretionary.”

Van Geyn has also said that there are other government proposals in the upcoming bill that have her concerned, including removing the discretion of provincial attorneys general to decline to prosecute hate crimes. She also said that adding more regulations on internet platforms may cause them to be overly cautious and to more actively remove content that they believe may subject them to penalties.

“Platforms might seek to avoid a penalty being imposed on them, so they would pre-emptively take down content that doesn’t actually meet the threshold … removing content that is an important part of political and public debate and raises important questions,” Van Geyn said at a panel discussion of the Canada Strong and Free Network on Nov. 7.

With reporting by Justina Wheale and Lee Harding