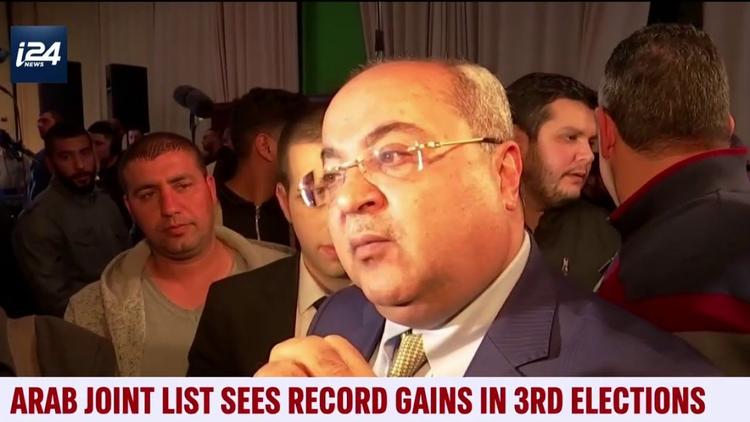 Ann Arbor (Informed Comment) – The London pan-Arab daily al-Quds al-Arabi (Arab Jerusalem) reports that the Israeli parliament, the Knesset, voted down a proposed basic law introduced by Yousef Jabareen on behalf of the Joint List. It aimed at altering the constitutional basis of the Israeli state, requiring democratic principles, cultural pluralism and complete equality for all citizen on both civil and national levels.

What follows is a paraphrase of the article with a few comments by me. One comment by me to begin with: Israel has all along had a choice between being a democratic state for all its citizens or being an ethno-nationalist oligarchy with second-class citizens at home and Apartheid subjects in the West Bank. This is not the first Knesset vote to demonstrate forcefully that the Israeli majority wants the latter.

The bill aimed at providing existential and democratic human rights, especially complete equality and the recognition of the Palestinian-Israeli ethnic identity. Israelis of Palestinian heritage comprise about 21 percent of Israel’s citizen population.

The Knesset roundly rejected the bill, with both the Likud-led far right coalition of prime minister Binyamin Netanyahu and the Blue and White bloc of his foreign minister and sometime rival, Benny Gantz, voting against it.

The bill specified that “Israel shall be a democratic state, guaranteeing equality in rights, and concentrating on the principles of human dignity, liberty and equality, in accord with the spirit of the Universal Declaration of Human Rights of the United Nations.” It further said, that “the state will provide equal legal protection to all its citizens, and will guarantee completely national, cultural, linguistic and religious privacy to the two national groups within it,the Jews and Arabs.”

The law specifies that “Arabic and Hebrew are the two official languages in the state, and the two languages have an equal position in all the functions and work of the legislative, executive and judicial branches.”

It sought to guarantee “to the aboriginal Palestinian Arab minority the just right to be represented and to be influential in all the branches of government in the state, in public institutions, in every setting where decisions are made,” and that “the Palestinian Arab minority in the state will have the right to establish its own institutions in the realms of education, culture and religion and will be authorized to manage these institutions via representative bodies chosen by Arab citizens.”

Jabareen, who has law degrees from Hebrew University and the American University and has taught law at Tel Aviv University and the University of Haifa, noted that international laws and instruments specify the protection of these rights of aboriginal minorities and that some countries, such as Canada and Australia, also guarantee them.

Canada recognizes special rights for the First Nations (what US tribes tend to call Indians, a term disliked among Canadian tribes). These rights are generic and specific:

“Generic rights are held by all Aboriginal peoples across Canada, and include:

Rights to the land (Aboriginal title)
Rights to subsistence resources and activities
The right to self-determination and self-government
The right to practice one’s own culture and customs including language and religion. Sometimes referred to as the right of “cultural integrity,”
The right to enter into treaties.

Specific rights, on the other hand are rights that are held by an individual Aboriginal group. These rights may be recognized in treaties, or have been defined as a result of a court case.”

Canada also recognizes special rights for the French minority (which settled before the English), and is an officially bilingual state.

According to al-Quds al-Arabi, Jabareen said that Israel has defined itself since it was established after the Catastrophe (nakbah) that befell the Palestinians as “a democratic Jewish state.”

Documents in the Israeli National Archives show that Zionist militias of the late British Mandate of Palestine admitted that they were responsible for 85% of the ethnic cleansing of the native Palestinian population in 1947-48. Contrary to international law, Israel refused to allow the 720,000 Palestinians expelled to return to their homes, making their families permanent refugees. There are now 12 million Palestinians, with some 2 million Israeli citizens, 5 million living under Israeli military occupation and kept stateless, and the rest refugees scattered among many countries, especially Jordan and Lebanon.

Then in the summer of 2018, Israel legislated what is known as the “National Law,” which defines it as a state of the Jewish people, ignoring the Israelis of Palestinian heritage and making them guests in their own country.

The first article of the National Law speaks of “the land of Israel” being the historic homeland of the Jewish people, wherein the state of Israel was established. As for the fourth article, it says that “the Hebrew language is the official language of Israel,” effacing Arabic, which had long been the second official language.

This law, which some consider to be racist, says that “the state considers the development of Jewish settlements to be a national value, and works to encourage and support their establishment and maintenance.”

During the past year, the Knesset has shot down numerous proposals to amend the National Law to forbid discrimination against non-Jews.

The Joint List, which largely comprises Israelis of Palestinian heritage along with leftist Jews, announced that it is forestalled from voting to amend the National Law because its fundamental position is that the law must be repealed in its entirety, and the complete equality of Palestinian Arab citizens must be enshrined.

i24 News from last March: “Success for the Arab Party in Israel’s Third Round of Elections”