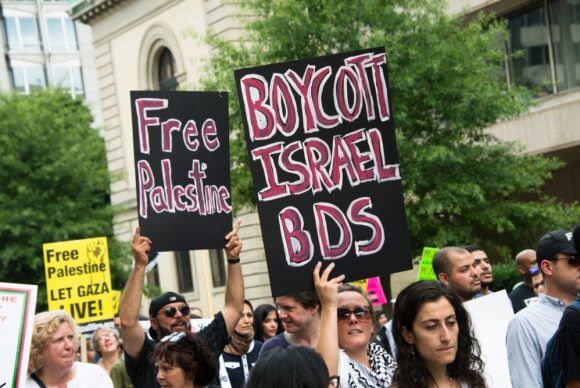 The Arkansas Times has successfully challenged a law that prohibits the state from doing business with companies that boycott Israel.

The Little Rock-based weekly filed the lawsuit in 2018 and was represented by the ACLU. The paper takes no official position on BDS, but it launched the legal challenge after the University of Arkansas Pulaski Technical College refused to sign an advertising contract with The Arkansas Times, unless it signed the pledge. A U.S. district court judge dismissed the case in 2019, but last week the Eighth Circuit Court of Appeals found the law unconstitutional in a 2-1 decision.

“We’re thrilled by the court’s ruling, which upholds the fundamental right to participate in political boycotts,” said ACLU attorney Brian Hauss in a statement. “The government cannot force people to choose between their livelihoods and their First Amendment rights, which is what this law did. Political boycotts are a legitimate form of nonviolent protest, and they are protected by the First Amendment.”

CAIR National Executive Director Nihad Awad echoed these sentiments in a statement. “Today’s federal ruling represents a critically important moment in the struggle to protect free speech here at home and advance human rights overseas,” he said. “From Arizona, to Texas, to Arkansas, numerous courts now recognize the obvious: states cannot require individuals or corporations to sign an oath pledging support for the Israeli government as a condition for working with a state government.”

Arkansas Attorney General Leslie Rutledge expressed frustration with the ruling. The Attorney General is disappointed in the Eighth Circuit’s decision, which interferes with Arkansas’s law banning discrimination against Israel, an important American ally,” a spokesperson from her office told The Associated Press.

On the same day of the Arkansas decision, Israeli Prime Minister Benjamin Netanyahu attacked the UN Human Rights Council for publishing a list of companies that do business in the occupied territories. In his statement, Netanyahu acknowledged that Israel promotes anti-BDS laws within the United States: “In recent years, we have promoted laws in most US states, which determine that strong action is to be taken against whoever tries to boycott Israel.”