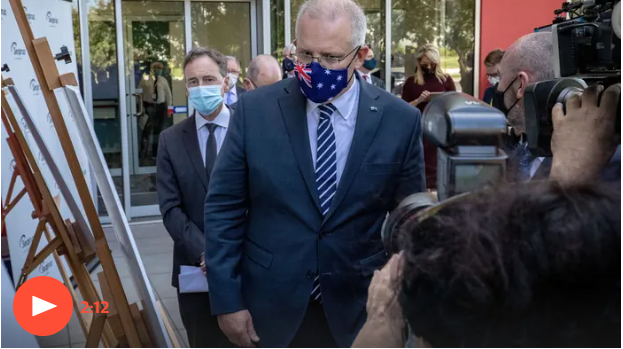 The Australian government has terminated its agreement with Australian biotech company CSL Limited to supply 51m doses of a Covid-19 vaccine being developed by the University of Queensland, after vaccine trial participants returned false positive test results for HIV.

Australia had hoped the protein vaccine would be available by mid-2021. Phase one clinical trials in humans began in July in Brisbane, with phase two and three clinical trials due to commence in December. It is one of four vaccines secured by the Australian government.

But on Friday the Australian prime minister, Scott Morrison, said: “University of Queensland vaccine will not be able to proceed based on the scientific advice, and that will no longer feature as part of Australia’s vaccine plan.

“I think the decision we’ve made today should give Australians great assurance that we are proceeding carefully, we are moving swiftly, but not with any undue haste here,” he said.

“Our processes will not be compromised. At the end of the day, the Therapeutic Goods Administration – like with any vaccine in Australia – must give their tick-off. Without the tick, there’s no jab when it comes to vaccines in this country. That is true for the Covid-19 vaccine, as it is true for any other vaccine that is administered here in Australia.”

In a statement issued on Friday morning, CSL said “following consultation with the Australian government, CSL will not progress the vaccine candidate to phase 2/3 clinical trials”.

The Covid-19 “spike protein” has been the focus of the University of Queensland vaccine, using molecular clamp technology to lock the protein into a shape which allows the immune system to be able to recognise and then neutralise the virus.

Trial participants were advised of the possibility that vaccine-induced HIV antibodies might be detected as a result, but it was nonetheless unexpected. Subsequent HIV tests provided definitive negative results in the trial participants.

While the HIV tests were false positives and there was no risk to the trial participants, significant changes would need to be made to well-established HIV testing procedures to accommodate rollout of this vaccine, the researchers said. The Phase 1 trial will continue, where further analysis of the data will show how long the antibodies persist.

University of Queensland vice-chancellor Prof Deborah Terry said while the outcome was disappointing, she was proud of the research team. “I also want to thank our many partners, our donors, including the federal and Queensland government – and of course the 216 Queenslanders who so willingly volunteered for the Phase 1 trials,” she said.

Vaccine co-lead Prof Paul Young said that although it was possible to re-engineer the vaccine, the team did not have the time needed. “Doing so would set back development by another 12 or so months, and while this is a tough decision to take, the urgent need for a vaccine has to be everyone’s priority,” he said.

The health minister, Greg Hunt, said the announcement proved the “scientific process was working”. He said while the HIV results were false, “the scientific advice is that the risk to vaccine confidence was the principal issue here”.

The national security committee and scientific committee were “unanimous” not to proceed with the CSL agreement, Hunt said.

Morrison said Australians should not be concerned that there would not be enough vaccines as a result of the University of Queensland vaccine being dropped. Australia has entered into enough different vaccine agreements to cover the Australian population, even if one or two vaccine candidates proved unsuccessful.

With the University of Queensland candidate being discontinued, Australia still has 140m units of vaccine available to Australia, which Hunt said is “one of the highest ratios of vaccine purchases and availability to population in the world”. All vaccine candidates require two doses.

“What we can do is vaccinate our population twice over,” Morrison said. “And we have one of the highest ratios of availability of doses of any country in the world. So this is a demonstration of the success of the vaccination policy and approach that we have been following.” He said 31m doses of two other vaccine candidates had been secured in light of the University of Queensland news.

Federal department of health secretary Prof Brendan Murphy said he was confident the other three vaccine candidates would not have similar issues, as two had already published promising data from phase 3 trials. Murphy said the reason the government invested in four candidates was because they expected not all would come to fruition.

“We’re very confident we won’t see this issue with the other vaccines,” Murphy said.