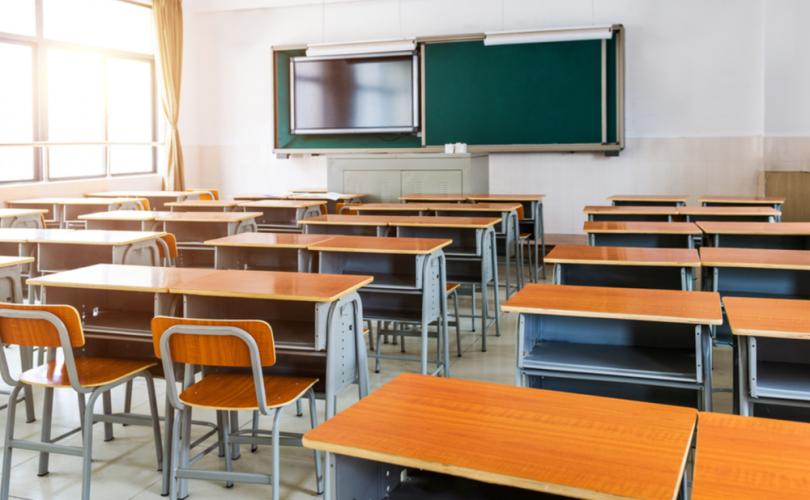 The teachers’ union pressured the CDC to amend its public health guidance on how and when schools should reopen, basing the policy on politics rather than on COVID science.

ATLANTA, May 19, 2021 (LifeSiteNews) — Communications unearthed in early May between the U.S. Centers for Disease Control and Prevention (CDC) and the American Federation of Teachers (AFT) show that the second biggest teachers’ union in the country lobbied the CDC to have school reopening delayed. Weeks later, CDC top brass resign.

Emails obtained by the New York Post confirm correspondence between the two organizations, with the AFT pressuring the CDC to amend its public health guidance on how and when schools should reopen, basing the policy on politics rather than on science and statistics.

Corey A. DeAngelis, senior fellow at the libertarian think tank Reason Foundation, told Fox Business that the discovery “really confirms what we knew all along, that the whole school reopening debate has been more to do with political partisanship and power dynamics than safety and the needs of families.” DeAngelis pointed to the findings of his March study, “Are School Reopening Decisions Related to Union Influence?”

DeAngelis found that “there was no statistically significant relationship between the reopening decisions and the risk of the virus in the area.” Ultimately, his study concluded that “school closures are uncorrelated with the actual incidence of the virus, but are rather strongly associated with unionization.” This implies that “the decision to close schools has been a political — not scientific — decision,” he said.

According to the Post, the CDC were on the cusp of introducing instructions for schools to reopen for regular tuition. Emails from AFT senior advisor for health issues Kelly Trautner, obtained through a freedom of information request by conservative watchdog Americans for Public Trust, show the powerful teachers’ union thanking CDC Director Rochelle Walensky for her “genuine desire to earn our [AFT] confidence and your commitment to partnership” on February 3.

Trautner confirmed that the AFT was able “to review a copy of the draft guidance document over the weekend [before February 1] and … to provide some initial feedback to several staff this morning about possible ways to strengthen the document.”

“We believe our experiences on the ground can inform and enrich thinking around what is practicable and prudent in future guidance documents,” she wrote, adding further thanks “for Friday’s rich discussion about forthcoming CDC guidance and for your openness to the suggestions made by our president, Randi Weingarten, and the AFT.” Walensky, though not copied into the February 1 email, was forwarded the correspondence by White House coronavirus testing coordinator Carol Johnson.

Later emails detailed an arranged call between Walensky and Weingarten, scheduled just days before the February 12 announcement from the CDC on school reopening.

When the announcement was made, the CDC guidance to schools included a phrase “suggested” by Trautner, which allowed changes to be made to reopening orders “[i]n the event of high community-transmission results from a new variant of SARS-CoV-2.” A provision was also made for teachers “who have documented high-risk conditions or who are at increased risk for … COVID-19” or “who have a household member” with the virus to work remotely, at the behest of the AFT.

Walensky later appeared on CNN, discussing the updated guidance for schools but refused to engage with questions around the scientific basis for keeping children out of schools. Rather than answer directly regarding specific, researched reasons for disallowing the return of school children, she deflected onto “community disease” concerns, suggesting, “If you’re in middle school or high school we would advocate for virtual learning for that group.”

Speaking to C-SPAN yesterday, Weingarten admitted that the AFT, a political body, had been asked by officials in the Biden administration “for language” to use in the construction of the scientific guidance from the CDC on school reopening.

“And we gave them language when they asked us for it,” Weingarten said, defending that she was “saying these things publicly, these kinds of things. So there’s nothing nefarious about doing this kind of work.”

“And one of the things that we didn’t see in the CDC draft — and they explained what their draft was​ —​ is​ ​that there were variants ​that were right around the corner in Great Britain and look there’s this variant in India,” Weingarten said, explaining the introduction of Trautner’s caveat to the guidance.

She added that “science tells you where the pandemic is going, the impact, the logistics, are something that one has to do,” yet failed to produce any data supporting school closures due to real viral spread worries.

Analysis from the Education Intelligence Agency estimated that the AFT donated roughly $9.8 million during the 2020 election cycle to the Democrats. With President Joe Biden having taken office, the union subsequently found public policy favoring their interests.

Included on many of the emails obtained by Americans for Public Trust was CDC deputy director Anne Schuchat, who announced her intention to step down from her high-profile position at the CDC in a Monday statement. Schuchat had an illustrious career at the CDC in excess of three decades, holding the second-ranking position since 2015. Schuchat even stepped in as acting-director of the CDC on two occasions, leading many to believe she would take the top position before it was given to Walensky.

Schuchat is the second high-level CDC employee to exit the agency in recent days, with senior health expert Nancy Messonnier announcing her departure just a week ago.

Schuchat’s departure has raised eyebrows, given its proximity to the AFT scandal, particularly with her close involvement in the correspondence between the AFT and the CDC at the time of drafting school reopening guidelines. Though no official reason has been given for her resignation, Schuchat said she is leaving “to allow more time for creative passions” while maintaining “the greatest respect and confidence in the CDC’s leadership and staff.”

Walensky, who was said to have clashed with Schuchat after taking the top position at the agency, attempted to divert rumors around the alleged disunity, saying that she “will remain forever grateful” that her tenure overlapped with that of Schuchat, “even for just a short while.”