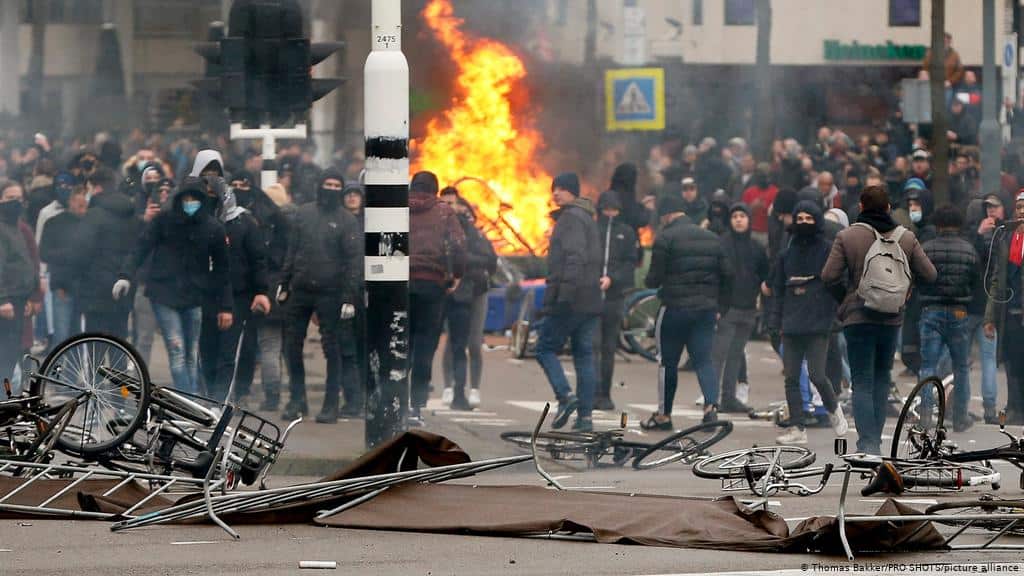 A court in The Hague has told the Dutch government that an overnight curfew to reduce the spread of coronavirus should be lifted immediately, ruling that it breaches the right to free movement.

The court said the 21:00 to 04:30 curfew was imposed by an emergency law when there was no “acute emergency”.

The decision is a victory for campaign group Viruswaarheid (Virus Truth).

Prime Minister Mark Rutte urged people to follow the curfew, even if ministers failed to stop it being lifted.

The government has asked the court to suspend its decision ahead of an appeal. Unless the court agrees, ministers will be unable to prevent the curfew from being lifted on Tuesday night.

“We haven’t for a second considered scrapping the curfew as it is simply necessary,” said Mr Rutte, who described the ruling as a setback. The cabinet is urgently working on a new law to enforce the curfew, but that could take time.

Curfews have been widely used in Europe to restrict movement. France has had a nightly curfew from 18:00 but has stopped short of imposing a third lockdown. Greece has also imposed curfews, as have Spain and Italy.

Why the curfew is contentious

The Dutch measure, which came into force on 23 January, was intended to reduce movement, particularly among young people, but triggered days of rioting in a number of towns and cities. The Netherlands had not seen a curfew since Nazi occupation in World War Two.

Although the Netherlands initially avoided strict measures, a lockdown was brought in last December and, after the cabinet decided on a curfew in January, MPs backed it days later amid fears that the UK, or Kent, variant would increase infections. The government resigned before last month’s curfew decision and now has a caretaker role ahead of elections next month.

In their ruling on Tuesday, the Dutch judges said the curfew had been imposed under an emergency law, even though the court said there was no emergency as in the case of a “dyke being breached”.

Fears of increased infection because of the UK variant were not valid as no curfew was imposed last year when pressure on Dutch hospitals was far greater, the judges said.

Dutch ministers will now have to decide whether to appeal, but a court spokesman said that this would not suspend the ruling.

Commentators spoke of ministers having faced a “Catch-22” situation. When the cabinet decided on the curfew they sought the backing of MPs, but by waiting for parliamentary support, in the judges eyes they had disproved the need for emergency legislation.

Even the group that brought the case to court, Virus Truth, seemed surprised by its success. I recently interviewed its Covid-sceptic founder, Willem Engel, in his Rotterdam dance studio. He and his followers are adamant governments around the world are using efforts to control the spread of Covid-19 as a guise to gain control of citizens.

This ruling has emboldened them.

The curfew has been one of the most controversial and contested elements of the Dutch lockdown but the majority of the population had accepted and abided by it.

Some people have started planning “after-curfew” parties, though other rules, such as no more than one guest at home a day and a ban on gatherings of more than two people outdoors, remain in place.

While this court victory specifically relates to the Dutch situation, it could be used as a precedent by anti-lockdown groups seeking to overturn Covid-related rules in other countries too.