The FDA today joined The WHO and Dr.Fauci in admitting there is a notable risk of false results from the standard PCR-Test used to define whether an individual is a COVID “Case” or not.

This matters significantly as it fits perfectly with the ‘fake rescue’ plan we have previously described would occur once the Biden admin took office. But before we get to that ‘conspiracy’, we need a little background on how the world got here… 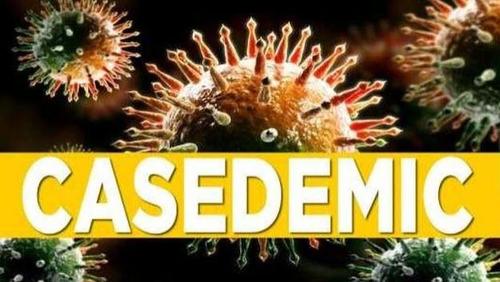 We have detailed the controversy surrounding America’s COVID “casedemic” and the misleading results of the PCR test and its amplification procedure in great detail over the past few months.

As a reminder, “cycle thresholds” (Ct) are the level at which widely used polymerase chain reaction (PCR) test can detect a sample of the COVID-19 virus. The higher the number of cycles, the lower the amount of viral load in the sample; the lower the cycles, the more prevalent the virus was in the original sample. 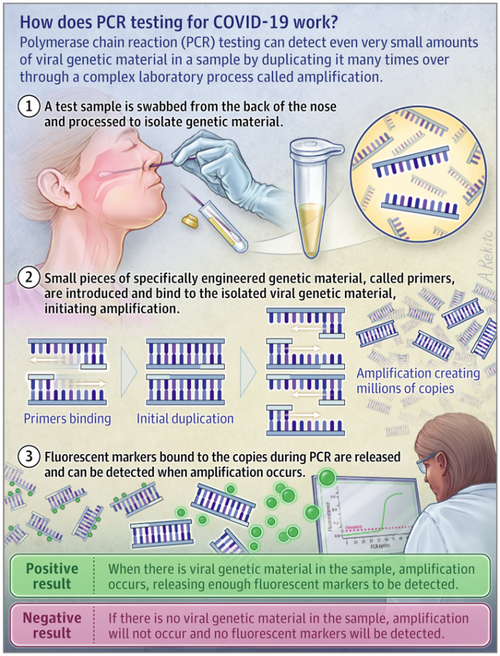 Numerous epidemiological experts have argued that cycle thresholds are an important metric by which patients, the public, and policymakers can make more informed decisions about how infectious and/or sick an individual with a positive COVID-19 test might be. However, as JustTheNews reports, health departments across the country are failing to collect that data.

Here are a few headlines from those experts and scientific studies:

1. Experts compiled three datasets with officials from the states of Massachusetts, New York and Nevada that conclude:“Up to 90% of the people who tested positive did not carry a virus.”

3. An appeals court in Portugal has ruled that the PCR process is not a reliable test for Sars-Cov-2, and therefore any enforced quarantine based on those test results is unlawful.

4. A new study from the Infectious Diseases Society of America, found that at 25 cycles of amplification, 70% of PCR test “positives” are not “cases” since the virus cannot be cultured, it’s dead. And by 35: 97% of the positives are non-clinical.

5. PCR is not testing for disease, it’s testing for a specific RNA pattern and this is the key pivot. When you crank it up to 25, 70% of the positive results are not really “positives” in any clinical sense, since it cannot make you or anyone else sick

So, in summary, with regard to our current “casedemic”, positive tests as they are counted today do not indicate a “case” of anything. They indicate that viral RNA was found in a nasal swab. It may be enough to make you sick, but according to the New York Times and their experts, probably won’t. And certainly not sufficient replication of the virus to make anyone else sick. But you will be sent home for ten days anyway, even if you never have a sniffle. And this is the number the media breathlessly reports… and is used to fearmonger mask mandates and lockdowns nationwide… 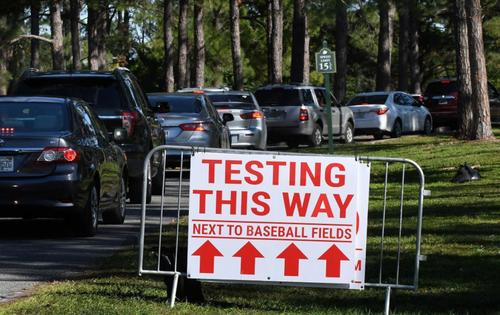 In October we first exposed how PCR Tests have misled officials worldwide into insanely authoritative reactions.

As PJMedia’s Stacey Lennox wrote, the “casedemic” is the elevated number of cases we see nationwide because of a flaw in the PCR test. The number of times the sample is amplified, also called the cycle threshold (Ct), is too high.

It identifies people who do not have a viral load capable of making them ill or transmitting the disease to someone else as positive for COVID-19.

The New York Times reported this flaw on August 29 and said that in the samples they reviewed from three states where labs use a Ct of 37-40, up to 90% of tests are essentially false positives. The experts in that article said a Ct of around 30 would be more appropriate for indicating that someone could be contagious – those for whom contact tracing would make sense.

Just a few days earlier, the CDC had updated its guidelines to discourage testing for asymptomatic individuals. It can only be assumed that the rationale for this was that some honest bureaucrat figured out the testing was needlessly sensitive. He or she has probably been demoted.

This change was preceded by a July update that discouraged retesting for recovered patients. The rationale for the update was that viral debris could be detected using the PCR test for 90 days after recovery. The same would be true for some period of time if an individual had an effective immune response and never got sick. Existing immunity from exposure to other coronaviruses has been well documented. These are many of your “asymptomatic” cases.

However, due to political pressure and corporate media tantrums, the new guidance on testing was scrapped, and testing for asymptomatic individuals is now recommended again. Doctors do not receive the Ct information from the labs to make a diagnostic judgment. Neither the CDC nor the FDA has put out guidelines for an accurate Ct to diagnose a contagious illness accurately.

Hence, our current “casedemic.” Positive tests as they are counted today do not indicate a “case” of anything. They indicate that viral RNA was found in a nasal swab. It may be enough to make you sick, but according to the New York Times and their experts, probably won’t. And certainly not sufficient replication of the virus to make anyone else sick. But you will be sent home for ten days anyway, even if you never have a sniffle. And this is the number the media breathlessly reports.

A month later, Dr. Pascal Sacré, explained in great detail how all current propaganda on the COVID-19 pandemic is based on an assumption that is considered obvious, true and no longer questioned: Positive RT-PCR test means being sick with COVID.

This assumption is misleading.  Very few people, including doctors, understand how a PCR test works. 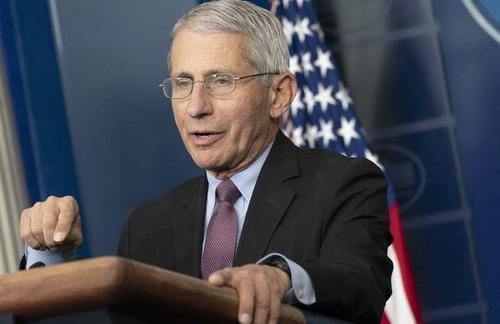 In mid-November, none other than he who should not be questioned – Dr. Anthony Fauci – admitted that the PCR Test’s high Ct is misleading:

“What is now sort of evolving into a bit of a standard,” Fauci said, is that “if you get a cycle threshold of 35 or more … the chances of it being replication-confident are minuscule.”

“It’s very frustrating for the patients as well as for the physicians,” he continued, when “somebody comes in, and they repeat their PCR, and it’s like [a] 37 cycle threshold, but you almost never can culture virus from a 37 threshold cycle.”

So, if anyone raises this discussion as a “conspiracy”, refer them to Dr.Fauci.

In response to this and the actual “science”, Florida’s Department of Health (and signed off on by Florida’s Republican Governor Ron deSantis), decided that for the first time in the history of the pandemic, a state will require that all labs in the state report the critical “cycle threshold” level of every COVID-19 test they perform.

The U.S. Food and Drug Administration (FDA) is alerting patients and health care providers of the risk of false results… with the Curative SARS-Cov-2 test.

And why does this matter?

Well it’s simple – this is how the establishment can show Joe Biden’s plan is miraculously rescue the world.

We explained the “fake rescue” plan in October.

Biden will issue national standards, like the plexiglass barriers in restaurants he spoke about during the debate, and pressure governors to implement mask mandates using the federal government’s financial leverage (NOTE: his 100-day mask-wearing ‘mandate’ is already in play).

Some hack at the CDC or FDA will issue new guidance lowering the Ct the labs use, and cases will magically start to fall.

In reality, the change will only eliminate false positives, but most Americans won’t know that.

Good old Uncle Joe will be the hero, even though it is Deep-State actors in the health bureaucracies who won’t solve a problem with testing they have been aware of for months. TDS is a heck of a drug.

So, there you have it folks… First Fauci, then WHO, now FDA all admit there is malarkey in the PCR Tests, but have – until now, done nothing about it… allowing the daily fearmongering of soaring “cases” to enable their most twisted 1984-esque controls.

All that’s needed now is for one of these estemeed groups to decide to cut the Ct for a “positive” PCR Test to say 15x or 20x and suddenly, we are rescued from the “Dark Winter” as Biden’s plan slashes the positive case count dramatically… we are saved.

As an aside, this also clearly explains the disappearance of the “flu” during this season as the plethora of high Ct PCR Tests supposedly pointing to a surge in COVID are nothing of the sort. 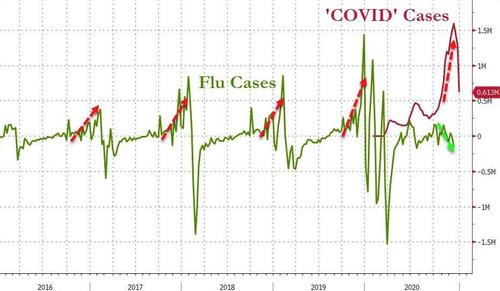 And for that reason, the great 2020 disappearing flu passes largely under the mass media’s radar. Media proliferated mass deception and power of repetition get most people to believe and having successfully “killed the flu”, they will now do the same with COVID… and, if allowed by our betters, we will all return to the new normal they desire.