A Paris court has found former French President Nicolas Sarkozy guilty of corruption – which is only the second time in modern history that a French head of state has gone down on such a charge – for which he’s been issued a sentence of three years in prison, two of which have been suspended.

Despite the prison sentence it’s expected however that the 66-year old will serve the non-suspended one year portion on probation – with an electronic bracelet and subject to a curfew. 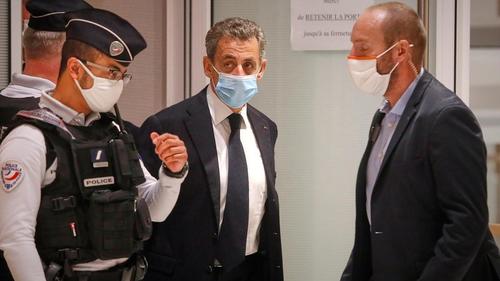 Presiding Judge Christine Mée described in the ruling that the “particularly serious” crimes involving France’s leader who was in office 2007-2012 centered on him “using his status” as president to peddle influence for personal gain while violating state secrecy.

Sarkozy “knew what [he] was doing was wrong”, the judge wrote, adding that his actions and those of a public magistrate and personal lawyer – both which were also found guilty of aiding in the scheme – had given the public “a very bad image of justice”.

As BBC described the former president had been “found guilty of trying to bribe a magistrate by offering a prestigious job in Monaco in return for information about a criminal inquiry into his political party.”

The key evidence came from tapped phone calls going back to 2014:

The case centered on conversations between Azibert and Herzog, which were taped by investigators looking into claims that Sarkozy accepted illicit payments from the L’Oreal heiress Liliane Bettencourt for his 2007 presidential campaign.

The phone line they tapped was a secret number set up in a fictional name, Paul Bismuth, through which Sarkozy communicated with his lawyer.

Still influential among conservatives it caps a series of humiliations which continued after his failed 2012 reelection bid. Sarkozy is also the first French former head of state to appear in the dock.

He’s expected to appeal the ruling.