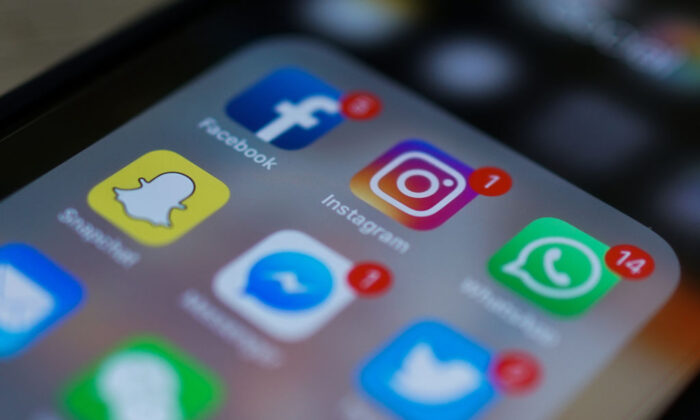 Ottawa is proceeding with new legislation to regulate social media, but free speech advocates say attempts by the state to police the internet would be another blow against individual rights and a healthy democracy.

“They’re going to create a bureaucracy, a regulator, for hate speech on the internet,” Joseph Hickey, executive director of the Ontario Civil Liberties Association, said in an interview.

“It will be a ministry of truth. It will decide what tweets, photos, and videos are, quote-unquote, criminal, and have them scrubbed from existence.”

“While some social media companies have been taking steps to combat this type of content, the effort has been inconsistent across the sector and illegal content still proliferates online,” Gagné-Raynauld said in an email.

“New regulations would ensure neutral, equitable, and consistent rules for social media platforms in how they manage harmful content, and how to improve the kinds of tools available to Canadian users who are confronted with this type of content on their platforms.”

Guilbeault’s office said in an emailed statement that the regulations would hold users “accountable and require them to eliminate illegal content, including hate speech, terrorist propaganda, violent content, child sexual exploitation and the non-consensual sharing of intimate images.”

“It’s no secret that online platforms are increasingly central to communications between Canadians while providing them with an access to the world. However, we are extremely concerned that these platforms may be used to endanger the safety of individuals,” the email said.

In July 2020, the Justice Department, which is working with Canadian Heritage on the legislation, issued a consultation paper on online hate to civil liberties groups suggesting three possible remedies. One is to reinstate Section 13 of the Canadian Human Rights Act, or to implement an analogous provision in that act, to restore a complaints-based civil remedy mechanism to combat online hate. Another is to amend Section 319 of the Criminal Code to remove the requirement for attorney general consent before proceeding with a prosecution for wilful promotion of hatred. The third remedy is to add a peace bond to the Criminal Code to prevent anticipated future online activity that promotes hatred.

The consultation paper also referenced hearings held by Parliament’s justice committee as part of the study, along with the resulting report titled Taking Action to End Online Hate released in 2019.

Shepherd had testified before the committee.

“I argued that the federal government should not try to censor speech online, as we already have hate speech laws in the Criminal Code. I don’t know how their plan to curb hurtful and offensive speech is even going to work, and they probably don’t know either,” she told The Epoch Times in an interview.

“I understand Guilbeault is saying part of the legislation is to eliminate child pornography, and by all means crack down on this, of course. But do not rope controversial speech, controversial opinions about current societal issues into this.”

Shepherd made international news when she was a graduate student and teaching assistant at Wilfred Laurier University in 2017. She had shown her communications class a TVOntario program featuring University of Toronto professor Jordan Peterson in a debate arguing against being legally required under Bill C-16 to use unconventional gender pronouns. Following the class, she was called to a meeting with her superiors where she was upbraided for showing the program. She recorded the meeting and the recording led to a subsequent ruling by the university that she had done nothing wrong.

The justice committee invited Shepherd to speak about her temporary ban by Twitter in 2019 following an online dust-up with Jessica Yaniv, a transgendered woman. Yaniv made headlines beginning in 2018 for filing over a dozen complaints of discrimination with the British Columbia Human Rights Tribunal due to repeated refusals by female aestheticians to wax her genitals. The tribunal denied that her rights had been violated.

“After I was banned, a lot of people stuck up for me and tried to get Twitter to reinstate me—people like Dave Rubin, Tim Pool, and even Donald Trump Jr. talked about it. I think because high-profile people stuck up for me, I was reinstated,” said Shepherd, now a senior fellow at True North where she researches and writes about free speech issues.

Shepherd is critical of the recent ban of conservative figures from social media in the United States.

“Trump should not have been banned from Twitter. It is truly disappointing to see people who are usually strongly in favour of free speech, like author Sam Harris and Professor Steven Pinker, say that Trump’s ban is justified. It’s not. Simple as that.”

‘Clamping Down on Expression’

In contrast to Canada’s regulatory approach, countries like Poland have responded to the recent social media censorship by threatening monetary penalties for removing content uploaded by subscribers.

Cara Zwibel, director of the Canadian Civil Liberties Association’s fundamental freedoms program, says misinformation on the internet is a problem, as is a diminished standard of discourse in the way some users express themselves online.

“But is it enough to justify taking an approach that doesn’t adequately protect freedom of expression? I would say, no,” she said of the yet-to-be revealed legislation.

“Certainly there are harms that can flow from offensive content, but I don’t think there are regulatory mechanisms that will solve these by clamping down on expression. And I do think there is a benefit to knowing what’s out there and knowing these views that some people hold.”