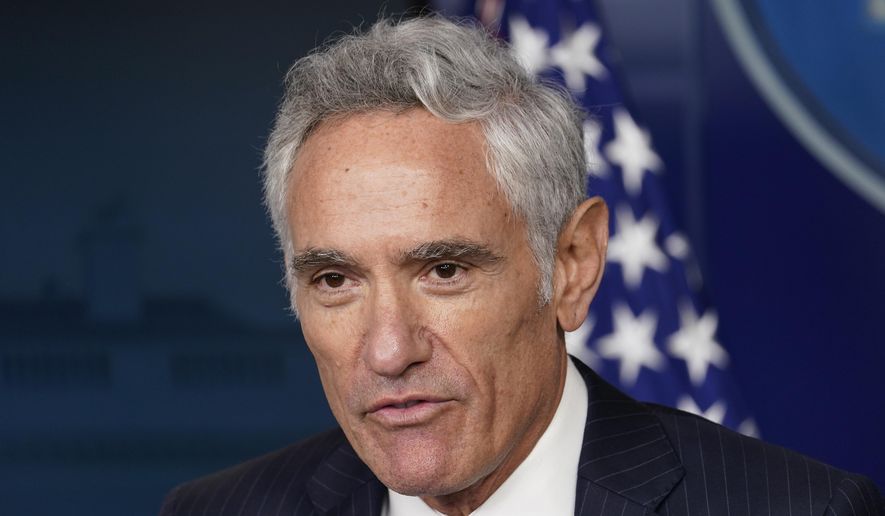 BEAVER CREEK, Colorado | The drug hydroxychloroquine has gotten a bad rap thanks to politics, media hype and some “garbage” medical research, according to Dr. Scott Atlas, who joined the White House coronavirus task force earlier this month.

“What’s happened with hydroxychloroquine is that the system has gone mad,” Dr. Atlas said Friday at the Steamboat Institute Freedom Conference. “I sort of make the analogy that we all know objective journalism is basically dead in this country, I’m very cynical about that, and now what we’re seeing is that objective science is nearly dead.”

Dr. Atlas, a senior fellow with the Hoover Institution in Stanford, California, emphasized that the drug has not been proven as a treatment for the novel coronavirus — “I’m not going to say it’s proven to work because it’s not” — but he challenged those who have accused President Trump of pushing snake oil.

“Hydroxychloroquine is super safe. It’s a complete myth, it’s a total distortion, to say that, ‘oh, my God, this drug is very dangerous for people,'” Dr. Atlas said. “It’s been used for 65 or 70 years, not just prophylactically for malaria, which I used it myself for that many years ago, but also used for people with things like rheumatic arthritis, auto-immune-type diseases. Very safe drug.”

The FDA issued and then withdrew an emergency-use authorization for using the drug for COVID-19, saying that it showed “no benefit” for hospitalized patients, and recommending its use only in clinical trials and in hospitals, and citing the risk of “serious heart rhythm” problems when used with azithromycin.

Research showing hydroxychloroquine does nothing to help severely ill patients misses the point, said Dr. Atlas, a former Stanford University Medical Center professor and physician, who serves as special adviser to the president.

“There’s no surprise there,” said Dr. Atlas, who spoke at the conference via Zoom. “The drug was never thought really by most people to be effective in that kind of patient; the drug is more likely to be effective early on, or even preventing the infection, like it’s used in malaria.”

He said the mechanism of the drug’s action suggests it should work, and cited what he called a “good study” on hydroxychloroquine released in July by the Henry Ford Health Center in Detroit, which showed in a retrospective analysis a 50% reduction in mortality for patients who took the drug versus those who didn’t.

“It’s being used all over the world, and I’m not going to say it’s proven to work because it’s not, but there’s certainly some data that suggests that it will, and the basic science says it should,” said Dr. Atlas.

He contrasted the Henry Ford study to the “many, many papers that were published that were literally garbage that should have never been published,” some of which were later withdrawn.