EXCLUSIVE/ MUST CREDIT WESTPHALIAN TIMES: An investigative piece by the New York Times has raised questions about the validity of the PCR type COVID mass-testing used in countries all around the world to identify COVID cases and to subsequently make policy decisions. This has sparked debate in the US, the UK, and Israel but so far not in Canada, even though we face the same issue. 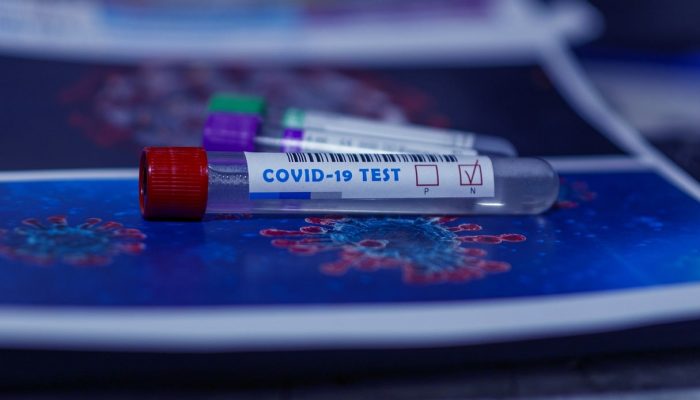 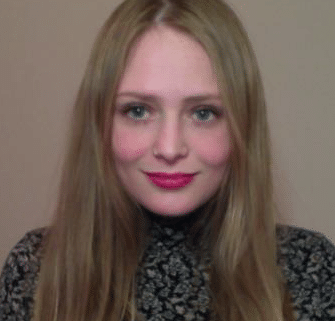 So, how does Canada’s PCR testing regime compare to America’s? All indications say, not much better.

Over a two-week investigation, Westphalian Times has queried provincial health authorities and public health labs and found that in Canada the majority of COVID-19 test diagnostic standards may be too sensitive to reliably identify people currently suffering from COVID and thus detect and isolate those who are infectious.

The Westphalian Times has found that according to prominent epidemiology experts in the US and the UK, up to 90% of the Canadian COVID-19 cases could be false positives and that Canadians and their doctors are not given the important cycle threshold statistic when they get a positive result on a COVID test.

We contacted provincial health authorities and governments in Alberta, Ontario, Quebec, British Columbia, Manitoba, Nova Scotia, Saskatchewan, and New Brunswick to determine the level of sensitivity used in their PCR testing for COVID.

Only two provinces, Quebec and Manitoba, were willing to share their positive-cutoff Ct values, one of the critical statistics used to determine whether the test is finding live virus or viral remnants or possible contamination.

Ontario, British Columbia, Nova Scotia, and Saskatchewan refused to share their PCR testing information. British Columbia said they did not have the “capacity” to retrieve this information. However, Saskatchewan did provide us with a Journal of Clinical Virology study from July of 2020 that included that data from provincial labs about PCR testing and the positivity cutoffs each province uses.

It is unclear why British Columbia said they did not have the capacity to retrieve this data as it was published in the journal article provided by Saskatchewan. Alberta and New Brunswick failed to respond to our requests at all.

Explaining PCR testing and the importance of Cycle Threshold

The current COVID testing is based on polymerase chain reaction (PCR) – a “a fast and inexpensive technique used to ‘amplify’ – copy – small segments of DNA.” Many internationally recognized experts on virology and PCR testing are questioning if the tests have been made overly sensitive and many positives are the result of long dead and no longer contagious virus or even contamination in labs. PCR testing was invented to find genetic viral material in a sample and has not traditionally been used as the sole method for identifying people suffering from a viral or bacterial disease.

COVID testing is typically performed using a nasopharyngeal swab, a 6-inch long swab inserted deep into the nostril. The swab is rotated for a while and then it is sent to a lab where a PCR test will dramatically amplify the amount of genetic material captured and then compare it to the DNA or RNA of a particular segment of the COVID virus (reference RNA).

Since the PCR test amplifies traces of COVID-19 through cycles, a lower number of cycles needed to get a positive suggests the presence of a higher viral load for the person being tested and therefore a higher contagion potential.

The number of cycling required to identify viral material in a given sample is called the cycle threshold (Ct).

On August 29th, Apoorva Mandavilli of the New York Times published a story entitled: “Your Coronavirus Test Is Positive. Maybe It Shouldn’t Be.” Mandavilli interviewed prominent virologists about the current PCR testing performed in the United States. She reported that in many parts of the US cycle thresholds for the test are set very high, often as high as 40 cycles.  Many prominent experts think this is too high.

Professor Michael Mina epidemiologist at the Harvard T.H. Chan School of Public Health suggested that these tests might detect not only live virus but also genetic fragments leftover from previous infection, “akin to finding a hair in a room long after a person has left. It is well established in COVID research that PCR tests might find positives from infections that had ended more than 2 months prior.

In a tweet, Mina echoed the same sentiment stating that,

“Any test with a cycle threshold above 35 is too sensitive, agreed Juliet Morrison, a virologist at the University of California, Riverside. “I’m shocked that people would think that 40 could represent a positive,” she told the New York Times.

Harvard’s Dr. Mina told the Times he would set the cycle threshold at 30, or even less. He is not the only expert to say so. Oxford Professor Dr. Carl Heneghan, the editor of the British Medical Journal Evidence Based Medicine, agreed, commenting on twitter that labs should set the maximum Ct to 30 cycles.

Similarly, in an appearance on CNN, Dr. Mina said:

“A lot of the positives that we find are likely people that maybe were contagious last week or a few weeks ago but no longer are, but these tests can still pick up essentially the remnants of the previous infection.”

The NYT reports that the cycle threshold is usually never included in the test results given to COVID-positive patients and their doctors in the US. The experts think that this makes it hard for patients and doctors to know whether there is a risk of being contagious. The Westphalian Times was not able to find a single province that reports the Ct statistic to Canadian patients who get a positive COVID PCR test.

An individual who is tested positive with a cycle count of 20, for example, would definitely need to isolate and self-quarantine because their viral load is likely to be high, making it easier for them to unintentionally spread the virus. However, an Individual who tests positive with a cycle count of 35-40 is very likely not contagious and would not require self-isolation because their viral load would be extremely low.

According to published studies, public health labs have so far failed to find any live virus in any patient who tested positive after 34 or more cycles. The vast majority of labs have no trouble culturing live virus below 25 cycles but it gets increasingly harder to find live virus as the Ct count increases – there are only a couple of examples in the scientific literature of labs being able to find and culture live COVID virus at 30 cycles or higher. 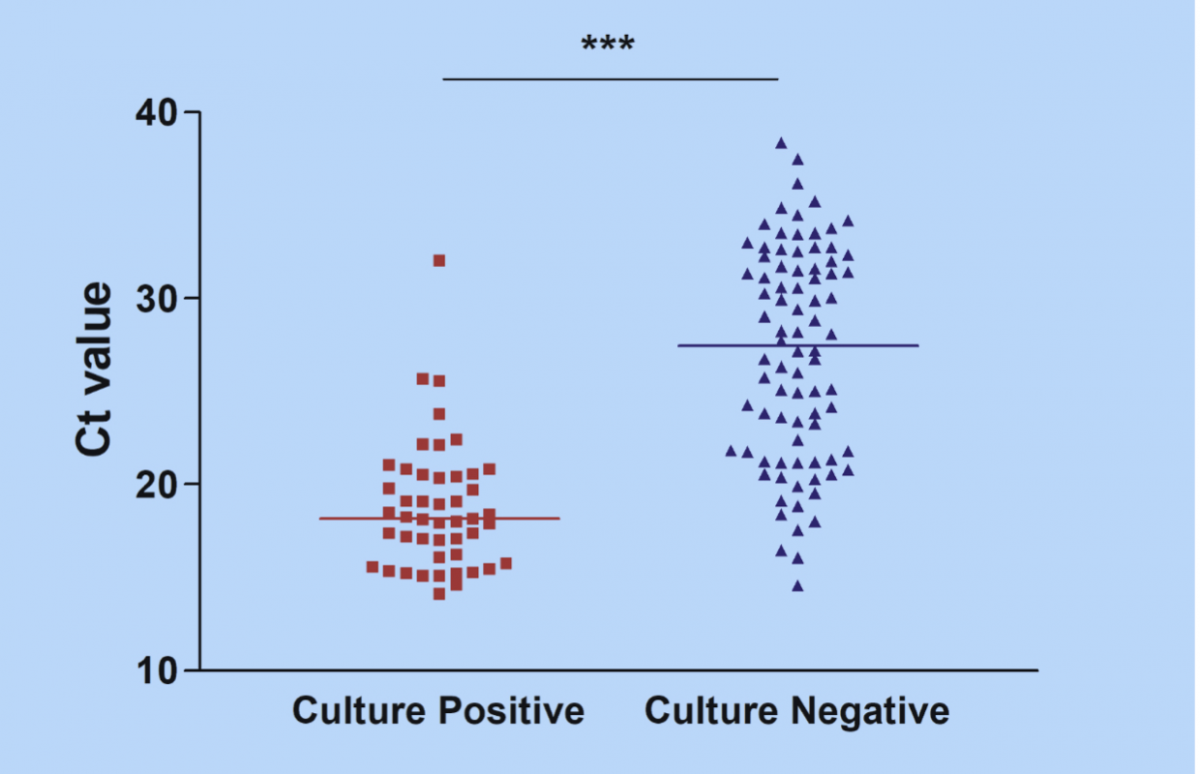 The Times found that “up to 90 percent of people testing positive carried barely any virus” in Massachusetts, New-York and Nevada because they received a positive test with a high cycle count, meaning their viral load was extremely low. Such cases should not even require contact tracing, according to Dr. Mina speaking to the Times: “Tests with thresholds so high may detect not just live virus but also genetic fragments, leftovers from infection that pose no particular risk — akin to finding a hair in a room long after a person has left.”

The Westphalian Times reached out to Nathalie Grandvaux, the President of the Canadian Society for Virology, Co-director of Réseau Québécois COVID, Director at Laboratory of host-virus interaction at the CHUM, and a Professor at the Université de Montréal to discuss COVID-19 testing in Canada and the government’s response.

When discussing the question of PCR tests and the Ct cycles, Dr. Grandvaux wasn’t in complete agreement with Dr. Mina or Dr. Heneghan, saying that it isn’t as clear cut and there are many factors that go into deciding what maximum Ct thresholds should be used. She said it was “very difficult to make a correlation between the Ct and the viral load of the virus. I don’t think we can do that”.

But that “if you have very low Ct’s and a lot of RNA from the virus, that means there was a lot of virus… even if your sampling wasn’t that good… but I don’t think we can make a general cut-off for maximum thresholds.”

“By these methods we pick up people who have very low amount of RNA, but the data we are missing about making good conclusions about [Ct values] are large studies that correlate Ct’s with taking the same samples and putting it in culture and looking if the sample is still duplicating. That would help to figure out if these very high Ct’s of samples are not contagious anymore, but we don’t have this data with large studies. We only have few studies.”

“But even if we have that, it does not mean that people aren’t contagious (high Ct positive cases). The only way to know that would be to take people in a research project and measure their Ct’s and put them in contact with other people and see whether it transmits.” Saying for ethical reasons “we can not do that”, but “we could have an animal model to do that”.

In contrast to other experts on this issue, Grandvaux believes that in a pandemic situation, high Ct’s should still be used out of a sense of cautiousness:
“But in a situation of pandemic, I think it’s the safest way to pick up even people with low viral loads and make sure they don’t contaminate other people if they are still contagious because we don’t know.”

This sentiment is not unique to Grandvaux. Scottish Prime Minister, Nicola Sturgeon has said the exact same thing in Scotland during recent discussions of whether or not PCR tests result in too many false positives. She has stated that she would rather “err on the side of caution” in catching “as many cases as possible” during COVID testing even if it means generating more false positives.

That important debate is happening in public in Scotland, the UK, Israel and the US. In Canada, it is a much different situation. Canadians are being kept in the dark about concerns from prominent experts and we have no idea if our public health officers are considering this issue.

So far, not a single major media outlet has reported on this issue. The Westphalian Times is the first Canadian media outlet to report on cycle thresholds and PCR COVID testing.

On July 30, Ontario’s Deputy Chief Medical Officer of Health Dr. Barbara Yaffe told the media:
“If you test somebody today, you only know if they’re infected today. In fact, if you are testing in a population that doesn’t have very much COVID, you’ll get false-positives almost half the time. That is, the person actually doesn’t have COVID, they have something else, they may have nothing.”

On September 14, Dr. Deena Hinshaw Alberta’s Chief Medical Officer of Health told the media:
“One of the challenges of asymptomatic mass testing is that it can pick up individuals who perhaps had COVD-19 maybe a month prior, perhaps they are no longer infectious, but they could still test positive if they are shedding the virus.”