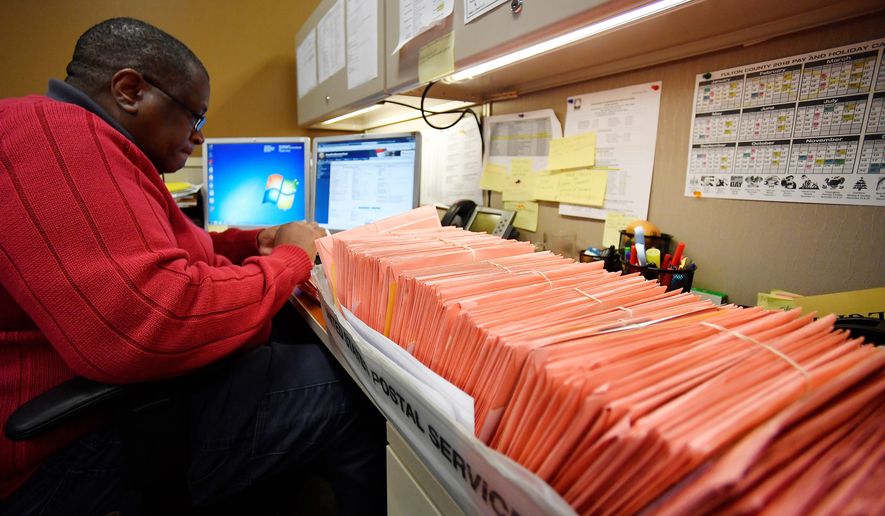 A legal foundation has filed two court briefs that assert that double voting by the thousands happened in 2016-2018 in Georgia and North Carolina, as the nation prepares for its first large-scale, mail-in balloting to elect a president.

Anti-universal mail ballot activists say the two states are a tip-off for what will happen in the Nov. 3 election.

Liberal journalists demand that the Trump administration, which opposes mass-mailed ballots in most states, provide evidence of fraud. The counterargument is that it is difficult to cite such examples when only a handful of states before 2020 adopted remote voting.

Those unique balloting procedures painstakingly took years to perfect the checks and balances needed to avoid doubling voting. Today, because of the coronavirus pandemic, 22 states are fast-tracking the shift from in-person voting and toward the U.S. Postal Service, according to Ballotpedia.

Experts estimate that 80 million Americans will vote by mail in the 2020 general elections, about double those in 2016, when a total of 138 million people cast ballots for president in person or from afar.

The Public Interest Legal Foundation (PILF) has investigated instances in which fraud already may have occurred.

Clark County, Nevada’s largest, decided to switch to mail-in ballots just two months before its June primary. The result: nearly 225,000 of 1.3 million mailed ballots (17.3%) were sent back by the Postal Service as undeliverable. Only 305,000 mail-in ballots (23.5%) were accepted and counted, according to numbers provided to PILF.