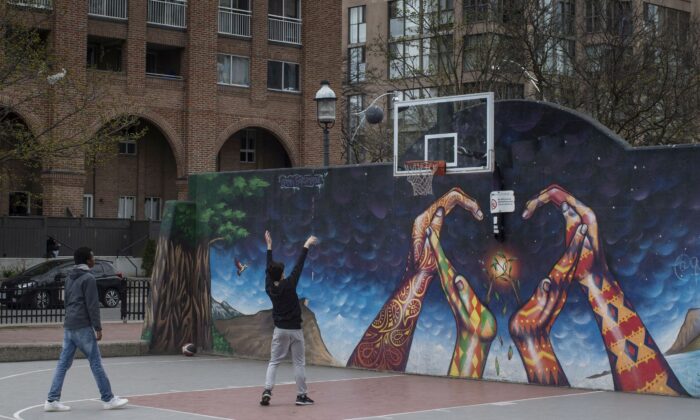 After pushback from police and civil liberties advocates over extending police powers to enforce enhanced COVID-19 measures, the Ontario government walked back some of its new guidelines.

However, there are still constitutional issues with the current policy, says Joanna Baron, executive director of the Canadian Constitution Foundation.

“A police officer now must have ‘reason to suspect’ an individual may be participating in a gathering, and that it is ‘in the public interest’ to question them,” Baron said in an interview.

“This raises the spectre of the right to silence (Section 7 of the Charter) and the right against self-incrimination (Section 13). Both ‘reasonable suspicion’ and ‘public interest’ are extremely broad, subjective categories, and the law essentially imposes an onus to disclose your purpose for being out.”

On April 16, to combat the rise in COVID infections and hospitalizations, the Ford government introduced new, tighter restrictions and extended the initial four-week stay-at-home order, which commenced on April 8, by two weeks, to end on May 20.

Under the new restrictions, in order to discourage large social gatherings, the government closed outdoor facilities such as golf courses and tennis/basketball courts. Playgrounds were also closed, which caused an outcry from parents.

To enforce the measures, the government gave police the authority to stop drivers and pedestrians at random and ask them for their address and their reason for leaving their home.

After a backlash against the new rules for playgrounds and following police forces coming out one after another to say they would not use such authority, the government walked back the restrictions on playgrounds and some of the discretionary powers given to police.

Under the revised guidelines, police may stop someone and require information only if they suspect that the person is participating in an organized public event or social gathering.

Lisa Bildy, a lawyer with the Justice Centre for Constitutional Freedoms, says the fact that police are being used to enforce public health measures reflects how far those in power have strayed from accepted public health principles that were practiced before the pandemic began.

Moreover, she says, basic Charter rights are still being trampled despite the changes to the initial restrictions.

“The police can still stop people who are believed to have participated in an outdoor public or social gathering of more than 10 people,” she tells The Epoch Times.

“The Charter-guaranteed right to peaceful assembly is clearly being targeted here, and without demonstrable justification. Not only do we know that outdoor transmission is not a significant driver of infections, but the right to protest is most critical for democracy during a time when governments are giving themselves unprecedented broad powers to restrict the freedom of every citizen to even leave their home, unless expressly allowed.”

In addition, Bildy says the government has arbitrarily prolonged the state of emergency in Ontario to the point where it has manipulated legislation to do so.

“The government has essentially done so by using the Reopening Ontario Act in a backdoor manner to keep the emergency orders in effect, even without an emergency declaration, which is subject to limits,” she says.

“Under Section 7.0.2 of the Emergency Management and Civil Protection Act, not only are orders that are made under it subject to the Charter of Rights and Freedoms, but it must be a reasonable alternative to other measures that might be taken to address the emergency,” Bildy explains.

“There are now dozens of peer-reviewed studies showing that lockdowns cause more harm than good, so to suggest that stay-at-home orders are reasonable at this point is not supportable.”

One aspect of the restrictions affect interprovincial travel, with checkpoints along Ontario’s borders with Manitoba and Quebec in order to help contain the spread. Those with a reason not deemed essential enough to enter the province will be turned back, with exceptions being granted for travel related to work, transportation of goods, and the exercising of rights granted by indigenous treaties.

Baron says not only are such measures unnecessary, they also defy the division of provincial/federal jurisdictions, as interprovincial travel should be a federal matter.

“The right to move freely within Canada is protected by Section 6 of the Charter. It’s not clear what the justification here is, given that the infection rate in Ontario is currently higher than that in either Quebec or Manitoba.”