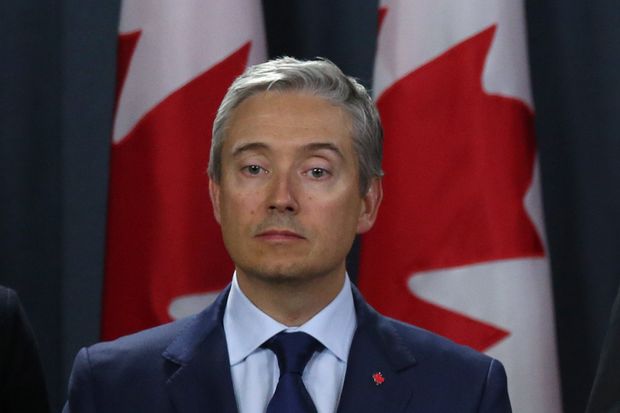 Canada’s department of Global Affairs shipped 16 tonnes of personal protective equipment to China last month to help Beijing fight the novel coronavirus, an effort that it undertook even after the World Health Organization had warned countries to prepare for possible cases.

Critics are questioning the wisdom of exporting gear overseas just weeks before it was sorely needed in Canada. The Canadian government, however, says the shipment was an effort to collaborate with China in the fight against COVID-19, the disease caused by the coronavirus.

Here’s how to self-isolate

The Asian country was already deep into its own fight against COVID-19 by this point. “Our deepest thoughts are with all those affected by this outbreak,” Mr. Champagne noted in a statement announcing the gift. International Development Minister Karina Gould said in the same statement that “personal protective equipment is essential to prevent and limit the spread of the virus.”

The WHO on Jan. 30 had already declared the outbreak a “public health emergency of international concern” and said “it is expected that further international exportation of cases may appear in any country.”

The UN agency had warned that “all countries should be prepared for containment, including active surveillance, early detection, isolation and case management.” By Feb. 7, the WHO also predicted “severe coronavirus-related disruptions” in supply of personal protective equipment.

‘Can I take my kids to the park?’ And more coronavirus questions answered by André Picard

How many coronavirus cases are there in Canada, by province, and worldwide? The latest maps and charts

Amir Attaran, a professor at University of Ottawa’s school of epidemiology and public health and its faculty of law, said he was surprised to learn Global Affairs shipped personal protective equipment (PPE) to China.

“It was absolutely certain in early February that we would need this equipment,” he said. “This decision went beyond altruism into high negligence and incompetence because Canada did not, and does not, have surplus equipment to spare.”

Some of the very equipment Global Affairs shipped to China is in high demand in Canada, from masks to other protective gear.

Adam Austen, deputy director of communications for Mr. Champagne, said Canada’s shipment to China was an effort to co-operate in the fight against the virus.

Open this photo in gallery 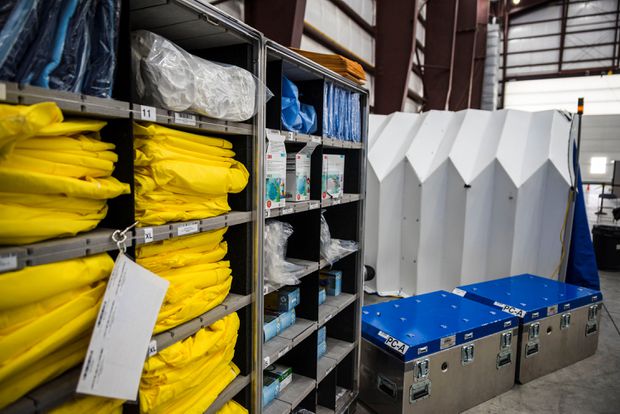 Personal protective equipment is stored as Canadian Forces Base Trenton prepares for the arrival under quarantine of Canadians evacuated from China due to the outbreak of novel coronavirus, in Trenton, Ontario, Canada February 6, 2020.

“Global pandemics require global co-operation. After all, pandemics know no borders. Co-operation is vital to ensuring the health and safety of people around the world. This includes protecting people here in Canada, as support of this kind can help to slow the spread of the virus,” Mr. Austen said.

“In early February, when the spread of COVID-19 was primarily limited to China, Canada facilitated sending equipment there through the Canadian Red Cross to the Red Cross Society of China.”

He noted Chinese companies are now donating supplies to Canada, too. “As more Canadians have become affected by the spread of this virus, we have welcomed donations from Chinese companies, including CTrip. Canada will continue to work to ensure that we have the equipment we need to fight this virus – and that our partners do, too.”

It’s uncertain yet whether the Chinese government will make a similar donation of medical equipment to Canada in return. The Globe and Mail asked the Chinese embassy in Canada on Tuesday whether Beijing planned to send masks, medical ventilators or COVID-19 test kits to Canada but did not receive a response.

Open this photo in gallery 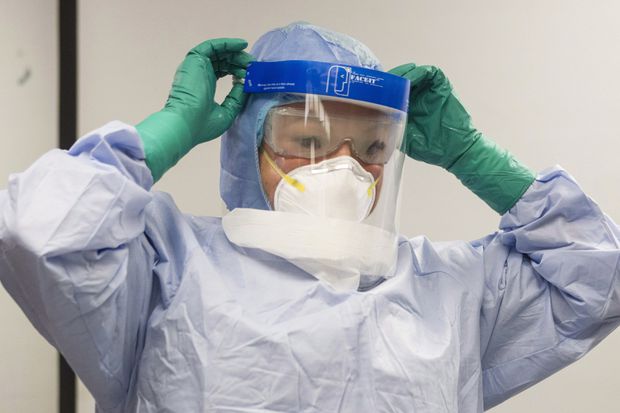 A healthcare professional adjusts her mask during a demonstration of Personal Protective Equipment (PPE) procedures at Toronto Western Hospital on October 17, 2014.

Jack Lindsay, chair of applied disaster and emergency studies at Brandon University in Manitoba, said the federal government’s emergency planning has long been plagued by a lack of co-ordination.

He said the federal government lacks a specialized agency that is solely dedicated to emergency management. While Public Safety is ostensibly responsible for this, it’s much more focused on other responsibilities such as the RCMP, Canadian Security Intelligence Service and the Parole Board.

He said this Global Affairs shipment “probably happened without anybody saying, ‘Hey, could we ever use this stuff ourselves?’ “

Conservative MP Garnett Genuis said shipping medical gear out of the country as the coronavirus threat was growing in Canada makes no sense.

Separately, Mark Agnew, senior director of international policy at the Canadian Chamber of Commerce, said the organization’s members are increasingly worried about restrictions that other countries are placing on exports of medical supplies.

“We’re quite concerned about the export restrictions that are popping up around the world,” he said.

He noted the European Union as of March 15 has put in new rules requiring authorization for export of PPE, and India has banned the export of 26 pharmaceutical ingredients used to make medicine.

A study released by Global Trade Alert, an independent organization that monitors policies affecting world trade, said as of March 21 that 54 governments around the world had restrictions on the export of medical supplies since the beginning of the year.