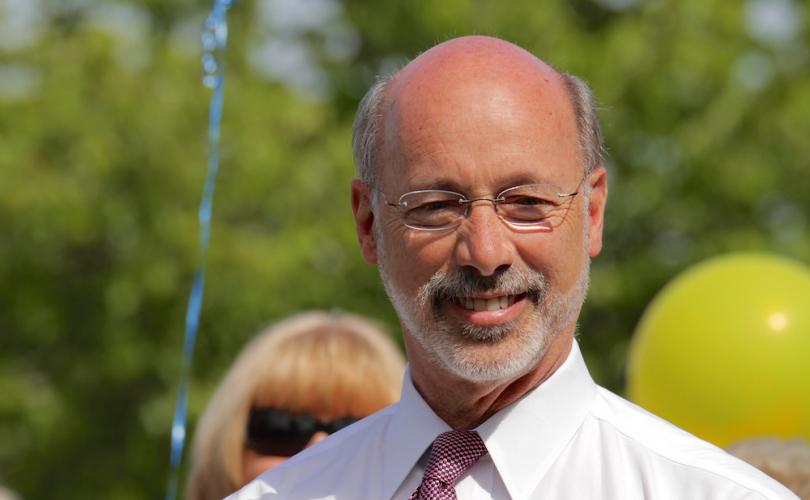 Pennsylvania joins several states that have curbed governors’ emergency powers in recent weeks and is the first to have done so by ballot measure.

HARRISBURG, Pennsylvania, May 25, 2021 (LifeSiteNews) — Pennsylvania voters revolted against Democrat Gov. Tom Wolf, permanently stripping him of some of his emergency powers last week.

On Tuesday, Pennsylvanians approved two proposed amendments to alter the state constitution and restore power to lawmakers. The first amendment allows the Pennsylvania General Assembly to terminate a governor’s emergency declaration by majority vote, while the second requires that executives seek legislative approval for disaster declarations beyond 21 days. The secretary of health may still be able to uphold certain regulations under state law, according to The Center Square.

Both May 18 amendments passed with roughly 52.5 percent support as of Tuesday, and will come into effect after results are certified. Pennsylvania joins several states, including Ohio and New York, that have moved to curb governors’ unilateral powers in recent weeks, although Pennsylvania is the first to do so by ballot measures.

“The people of Pennsylvania have exercised their vote and resoundingly reaffirmed their desire for a government with strong checks and balances that works in their interests and not for its own power,” Pennsylvania House Speaker Bryan Cutler (R) and House Majority Leader Kerry Benninghoff (R) said in a joint statement on Wednesday. “In doing so, they have rejected the mutation of emergency authority into unilateral, one-person control that seeks expediency over the rule of law.”

The Pennsylvania General Assembly, which is controlled by Republicans, authorized the proposed amendments for the ballot earlier this year after months of sparring with the Wolf administration over the state’s coronavirus regulations.

Over objections of lawmakers, Gov. Wolf signed four consecutive 90-day emergency declarations last year, granting him broad, singular authority over the everyday lives of Pennsylvanians during the COVID-19 crisis. In June, the assembly passed a concurrent resolution to end the state of emergency, though the governor vetoed that resolution in July after a favorable ruling from the majority-Democrat state supreme court. Wolf renewed his COVID-19 disaster declaration yet another time on Thursday.

Pennsylvania’s economy has tanked spectacularly under Wolf’s COVID-19 rules, with the Keystone State posting some of the worst recovery numbers in the U.S.

“Unemployment skyrocketed in March when Gov. Tom Wolf enacted some of the nation’s toughest restrictions on travel and economic activity as the first cases of COVID-19 emerged on opposite ends of the state,” the Washington Examiner reported in January. Damage from Pennsylvania’s 4.1% GDP contraction in 2020 may last years and balloon into a $2 billion structural deficit, the Examiner said.

The Wolf administration’s mishandling of the pandemic also likely caused thousands of foreseeable virus deaths. Last spring, former state health secretary Dr. Richard Levine, a gender-confused man who goes by the name “Rachel” and has advocated for “sex-change” surgeries for kids (he now works for the Biden administration), pushed nursing homes to readmit COVID patients despite warnings from medical groups.

At one point, around 70% of all Pennsylvania coronavirus fatalities were reported among senior care residents, far outpacing nursing home deaths in New York and other northeastern states that pursued similar, deadly policies, local news found.

As voters finally held the Wolf-Levine regime accountable last week, they did so in spite of a slew of characteristic Pennsylvania election problems. In one county, a “coding error” within voting machines labelled every electronic ballot for the Democratic primary, regardless of voter affiliation. An alleged printing glitch likewise caused Fayette County machines to reject Republican ballots, officials said.

The issues recall those that cropped up in the same two counties just a few months ago during Pennsylvania’s disastrous general election. With Georgia, Arizona, and New Hampshire pushing ahead with new audit efforts, Gov. Wolf’s Pennsylvania remains one of the few swing states that has not conducted either a recount or a comprehensive audit of the contested 2020 election.