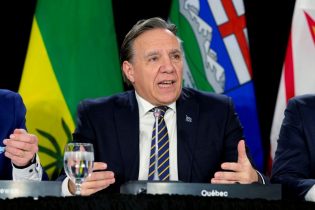 (Reuters) – The Canadian province of Quebec said it had launched two investigations as outrage spread on Wednesday over a livestream made by a sick indigenous woman before her death that showed staff verbally abusing her in a hospital.

Joyce Echaquan, a 37-year-old mother of seven, checked into a hospital in Joliette, Quebec, on Saturday to get treatment for stomach pains. She died on Monday.

She captured disparaging remarks made by hospital staff on her phone during her stay there and posted them on Facebook Live. The videos sparked a wave of criticism and protest in a country which has a long history of abuse against its indigenous people.

“Like all Quebecers I was shocked by the racism she was subjected to,” Quebec Premier Francois Legault told reporters in Quebec City on Wednesday. He said a provincial task force on racism would issue recommendations in the coming weeks, and a nurse had been fired over the incident.

In the video shared by media outlets and reviewed by Reuters, nurses can be heard in French calling Echaquan “stupid as hell,” and suggesting she was only good for sex.

“I have seven children who no longer have a mother,” Carol Dube, Echaquan’s husband, told Radio-Canada on Tuesday.

In June, a video showing a forceful arrest of a Canadian indigenous leader by Royal Canadian Mounted Police over an incident involving an expired license plate was criticized by Prime Minister Justin Trudeau.

‘Justice for Joyce’ protests are planned in cities across the country in the coming days, including one in Montreal on Saturday that organizers estimate will draw over a thousand attendees.

“There are many indigenous people that are in the hospital that don’t have a telephone to record such a situation,” said Claudette Dumont-Smith, executive director at the Native Women’s Association of Canada.

(Reporting by Mahad Arale in Toronto, additional reporting by Allison Lampert in Montreal and Moira Warburton in Vancouver; Editing by Denny Thomas and Rosalba O’Brien)