Monsanto operated a “fusion center” to monitor and discredit journalists and activists, and targeted a reporter who wrote a critical book on the company, documents reveal. The agrochemical corporation also investigated the singer Neil Young and wrote an internal memo on his social media activity and music.

The records reviewed by the Guardian show Monsanto adopted a multi-pronged strategy to target Carey Gillam, a Reuters journalist who investigated the company’s weedkiller and its links to cancer. Monsanto, now owned by the German pharmaceutical corporation Bayer, also monitored a not-for-profit food research organization through its “intelligence fusion center”, a term that the FBI and other law enforcement agencies use for operations focused on surveillance and terrorism.

The documents, mostly from 2015 to 2017, were disclosed as part of an ongoing court battle on the health hazards of the company’s Roundup weedkiller. They show:

·         Monsanto planned a series of “actions” to attack a book authored by Gillam prior to its release, including writing “talking points” for “third parties” to criticize the book and directing “industry and farmer customers” on how to post negative reviews.

·         Monsanto paid Google to promote search results for “Monsanto Glyphosate Carey Gillam” that criticized her work. Monsanto PR staff also internally discussed placing sustained pressure on Reuters, saying they “continue to push back on [Gillam’s] editors very strongly every chance we get”, and that they were hoping “she gets reassigned”.

·         Monsanto officials were repeatedly worried about the release of documents on their financial relationships with scientists that could support the allegations they were “covering up unflattering research”.

The internal communications add fuel to the ongoing claims in court that Monsanto has “bullied” critics and scientists and worked to conceal the dangers of glyphosate, the world’s most widely used herbicide. In the last year, two US juries have ruled that Monsanto was liable for plaintiffs’ non-Hodgkin lymphoma (NHL), a blood cancer, and ordered the corporation to pay significant sums to cancer patients. Bayer has continued to assert that glyphosate is safe.

“I’ve always known that Monsanto didn’t like my work … and worked to pressure editors and silence me,” Gillam, who is also a Guardian contributor and now USRTK’s research director, said in an interview. “But I never imagined a multi-billion dollar company would actually spend so much time and energy and personnel on me. It’s astonishing.” 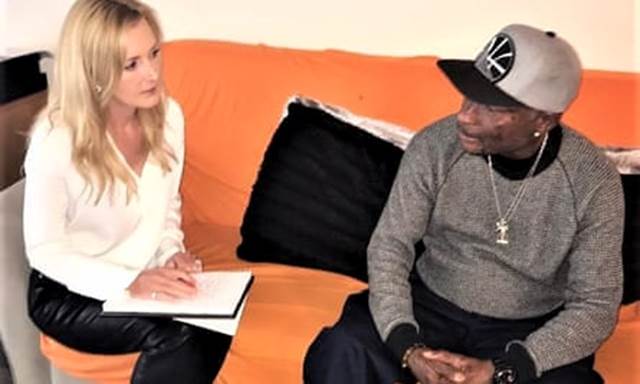 Gillam, author of the 2017 book, Whitewash: The Story of a Weed Killer, Cancer, and the Corruption of Science, said the records were “just one more example of how the company works behind the scenes to try to manipulate what the public knows about its products and practices”.

Monsanto had a “Carey Gillam Book” spreadsheet, with more than 20 actions dedicated to opposing her book before its publication, including working to “Engage Pro-Science Third Parties” in criticisms, and partnering with “SEO experts” (search engine optimization), to spread its attacks. The company’s marketing strategy involved labeling Gillam and other critics as “anti-glyphosate activists and pro-organic capitalist organizations”. 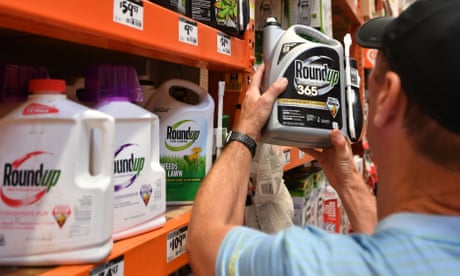 Gillam, who worked at the international news agency Reuters for 17 years, told the Guardian that a flurry of negative reviews appeared on Amazon just after the official publication of Whitewash, many seeming to repeat nearly identical talking points.

“This is my first book. It’s just been released. It’s got glowing reviews from professional book reviewers,” she said. But on Amazon, “They were saying horrible things about me … It was very upsetting but I knew it was fake and it was engineered by the industry. But I don’t know that other people knew that.”

A Bayer spokesman, Christopher Loder, declined to comment on specific documents or the fusion center, but said in a statement to the Guardian that the records show “that Monsanto’s activities were intended to ensure there was a fair, accurate and science-based dialogue about the company and its products in response to significant misinformation, including steps to respond to the publication of a book written by an individual who is a frequent critic of pesticides and GMOs”.

He said the documents were “cherry-picked by plaintiffs’ lawyers and their surrogates” and did not contradict existing science supporting the continued use of glyphosate, adding, “We take the safety of our products and our reputation very seriously and work to ensure that everyone … has accurate and balanced information.”

(A Reuters spokesperson said the agency “has covered Monsanto independently, fairly and robustly”, adding, “We stand by our reporting.”)

‘They saw us as a threat’

The internal records don’t offer significant detail on the activities or scope of the fusion center, but show that the “intelligence” operations were involved in monitoring Gillam and others. An official with the title “Monsanto Corporate Engagement, Fusion Center” provided detailed analyses on tweets related to Gillam’s work in 2016.

The fusion center also produced detailed graphs on the Twitter activity of Neil Young, who released an album in 2015 called the Monsanto Years. The center “evaluated the lyrics on his album to develop a list of 20+ potential topics he may target” and created a plan to “proactively produce content and response preparedness”, a Monsanto official wrote in 2015, adding it was “closely monitoring discussions” about a concert featuring Young, Willie Nelson, John Mellencamp and Dave Matthews. 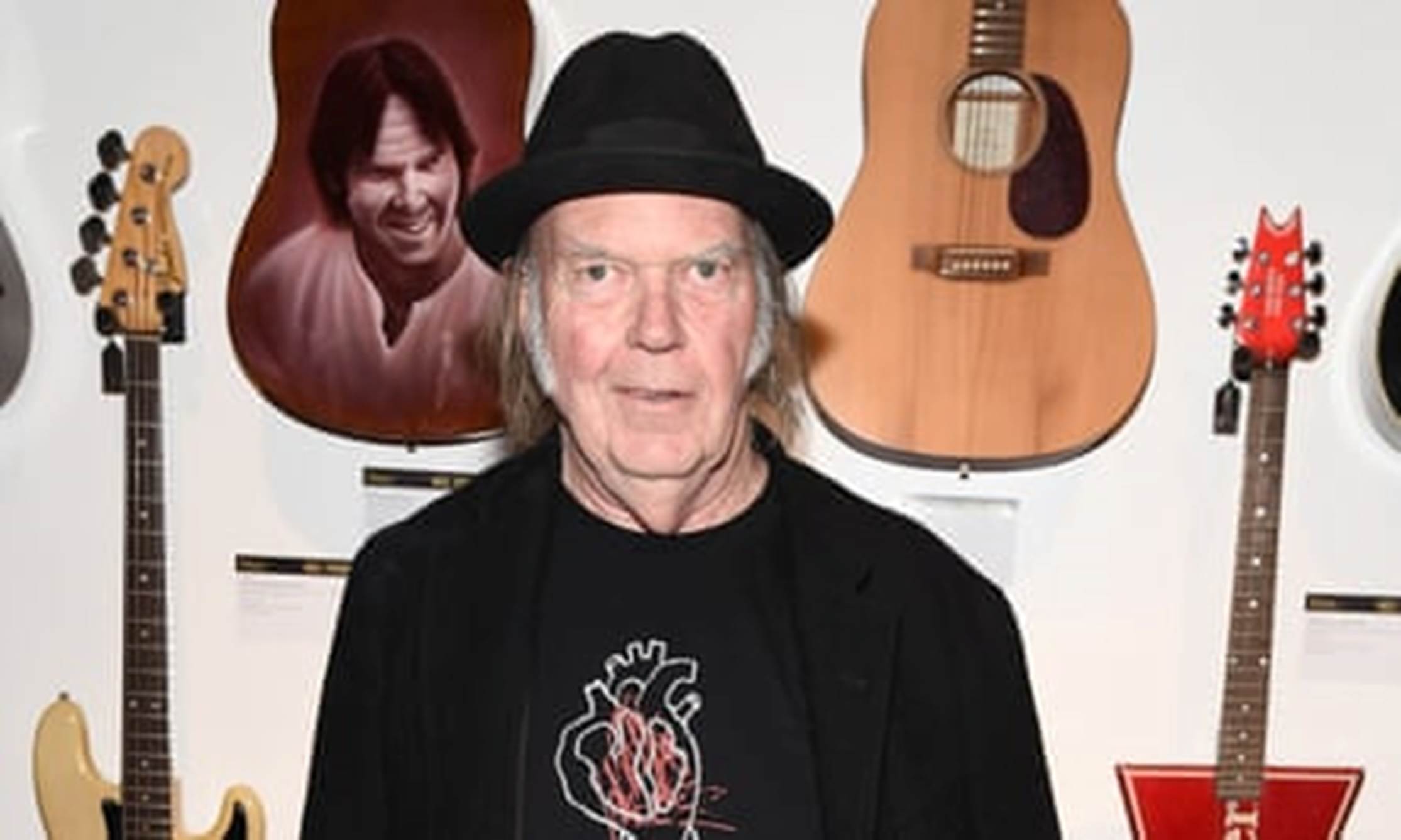 “We have reached out to the legal team and are keeping them informed of Neil’s activities in case any legal action is appropriate,” the email said.

A LinkedIn page for someone who said he was a manager of “global intelligence and investigations” for Monsanto said he established an “internal Intelligence Fusion Center” and managed a “team responsible for the collection and analysis of criminal, activist / extremist, geo-political and terrorist activities affecting company operations across 160 countries”. He said he created Monsanto’s “insider threats program”, leading analysts who collaborated “in real time on physical, cyber and reputational risk”.

“They saw us as a threat,” Gary Ruskin, the USRTK co-founder, said in an interview. “They were conducting some kind of intelligence about us, and more than that, we don’t know.”

Government fusion centers have increasingly raised privacy concerns surrounding the way law enforcement agencies collect data, surveil citizens and share information. Private companies might have intelligence centers that monitor legitimate criminal threats, such as cyberattacks, but “it becomes troubling when you see corporations leveraging their money to investigate people who are engaging in their first amendment rights”, said Dave Maass, the senior investigative researcher at the Electronic Frontier Foundation.

David Levine, a University of California Hastings law professor, said he had not heard of any other private corporations running “fusion centers”, but said it did not surprise him that Monsanto was engaged in this kind of intensive digital monitoring.

The records showed Monsanto was also concerned about Ruskin’s Freedom of Information Act (Foia) requests targeting the company, writing documents on its relationships with researchers had the “potential to be extremely damaging” and could “impact the entire industry”.

In 2016, one Monsanto official expressed frustration of criticisms that the company paid academics to write favorable reports on their products: “The issue was NOT that we wanted to pay the experts but an acknowledgment that experts would need to be compensated for the time they invest in drafting responses for external engagement. No one works for free!”

Michael Baum, one of the attorneys involved in the Roundup trials that uncovered the records, said the records were further “evidence of the reprehensible and conscious disregard of the rights and safety of others” and that they would support ongoing punitive damages for people who got cancer after using Roundup.

“It shows an abuse of their power that they have gained by having achieved such large sales,” he added. “They’ve got so much money, and there is so much they are trying to protect.”