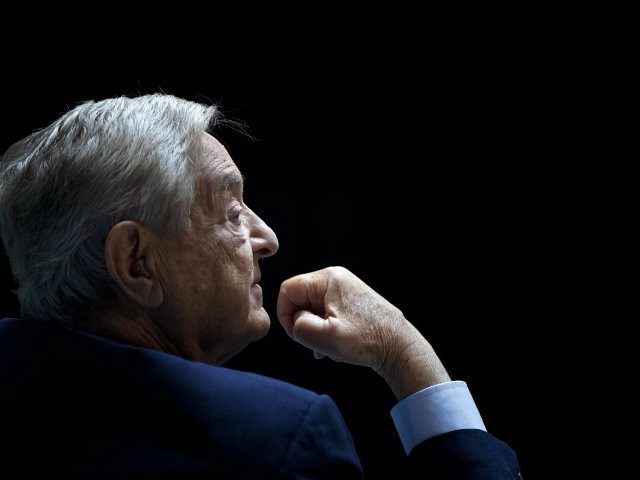 George Soros’s Open Society Institute viewed the 2015 Baltimore unrest following the death of Freddie Gray as opening a “unique opportunity” to create “accountability” for the Baltimore police while aiding activists in reforming the city, according to hacked documents reviewed by Breitbart Jerusalem.

The documents further confirm that the Open Society last year approved $650,000 to “invest in technical assistance and support for the groups at the core of the burgeoning #BlackLivesMatter movement.”

The information was contained in a detailed 69-page Open Society report on the agenda of an Open Society U.S. Programs board meeting held in New York October 1 to October 2, 2015.

The report directly states the Open Society views the Baltimore unrest last year as a crisis that can be utilized to carry out the organization’s agenda.

The killing of Freddie Gray in April helped spawn weeks of peaceful protests by Baltimore residents and allies from the #BlackLivesMatter movement that were temporarily interrupted by a period of unrest that lasted less than 48 hours and resulted in some injuries and millions of dollars in property damage to neighborhood businesses. While many lamented the damage done, the overwhelming sentiment is that the uprising has catalyzed a paradigm shift in Baltimore that offers opportunities for major justice reforms.

In particular, recent events offer a unique opportunity to accelerate the dismantling of structural inequality generated and maintained by local law enforcement and to engage residents who have historically been disenfranchised in Baltimore City in shaping and monitoring reform. Building on our existing networks and programs, OSI-Baltimore will focus investments on: 1) creating a culture of accountability for policing in Baltimore, recognizing the pervasive racism, disrespect and lawlessness that gave rise to recent events; and 2) building the capacity of activists in Baltimore to demand and achieve immediate and long-term reforms.

Later on, the document reveals the extent of Soros funding to the Black Lives Matter coalition:

Recognizing the need for strategic assistance, the U.S. Programs Board approved $650,000 in Opportunities Fund support to invest in technical assistance and support for the groups at the core of the burgeoning #BlackLivesMatter movement.

Another section of the document, titled, “Report On U.S. Regional Reserves” outlines the stated agenda for the $650,000 in funds approved for Black Lives Matter.

#BlackLivesMatter ($650,000) – Per Board consensus at our May board meeting, U.S. Programs supported a series of convenings across the country over the summer organized in response to the immediate outrage and the escalating community mobilization to save black lives following the numerous killings of black men, women, and children by police. The largest of these events took place in July, when activists participated in the Movement for Black Lives convening in Cleveland, Ohio. In November, the Funders Collaborative on Youth Organizing will engage younger activists in Durham, North Carolina. In addition to supporting these convenings, US Programs has provided the groups and attendees of the convenings described here with technical assistance.

The investment was well worth it, it seems. A second document on the Open Society U.S. Programs board meeting February 11-12 of this year relates Black Lives Matter worked to influence the 2016 presidential campaign.

Leaders of #BlackLivesMatter and The Movement for Black Lives worked to influence candidate platforms during the 2016 primary season. This came alongside the recent acknowledgement by political strategists that African-American voters may be much more pivotal to the 2016 general election than previously forecasted.

The Open Society meeting last year, meanwhile, called for a discussion on whether it would be appropriate for the Soros group to try to “shape” Black Lives Matter in the future:

The highest profile events, the #BlackLivesMatter convening in Cleveland and the #Law4BlackLives gathering in New York, yielded a promising critique of efforts to date and a potential blueprint for strengthening the movement going forward.

That support calls into question how we might most appropriately support such efforts; specifically whether we should seek to shape the movement as opposed to facilitate its direct action. How do we confront the reality that such movements frequently flail as they attempt to grow and confront the challenges of institutionalizing themselves sufficiently to extend their reach? To what extent do we believe that we should play a role in helping such movement leaders connect with others that might help deepen policy recommendations or connections to sympathetic, but silent, inside actors? How can we help link such movements to existing grantees and other key actors that provide mutual  strengthening?

The 2015 document made clear that the funding to Black Lives Matter followed Soros providing funds to the Occupy movement:

Our support of the #BlackLivesMatter movement follows other investments that have taken very different paths, including the Dreamers and Occupy Wall Street. USP grantee United We Dream (UWD) for example, a youth-led organization formed in 2009 by undocumented students and other advocates, changed the narrative about undocumented people and continues to be a major player in the immigration reform field.

(Note: Emphasis added by this reporter in all citations of the documents).

With research by Joshua Klein.