KILGORE, Texas (KTRK) — With top Republicans, including the president, bringing up claims of fraud involving voting-by-mail, indictments announced Thursday against a Democratic county commissioner in East Texas appear to bolster those accusations.

According to Paxton’s office, Brown and others targeted “young, able-bodied” voters to cast ballots by mail by fraudulently claiming the voters were “disabled,” in most cases without the voters’ knowledge or consent. The indictments claim this was done to increase the pool of ballots needed to swing the race in Brown’s favor.

The video above is from a September 2020 report regarding ways fraud is being prevented in the mail-in balloting process.

In recent months, Paxton, a Republican, has led the charge in quelling vote-by-mail opportunities that he believes violates state law, citing those ballots are “specifically reserved for those who are physically ill and cannot vote in-person as a result.”

“It is an unfortunate reality that elections can be stolen outright by mail ballot fraud. Election fraud, particularly an organized mail ballot fraud scheme orchestrated by political operatives, is an affront to democracy and results in voter disenfranchisement and corruption at the highest level,” said Paxton. “Mail ballots are vulnerable to diversion, coercion, and influence by organized vote harvesting schemes. This case demonstrates my commitment to ensuring Texas has the most secure elections in the country, and I thank the Gregg County Sheriff and District Attorney for their continued partnership. Those who try to manipulate the outcome of elections in Texas must be held accountable.”

The vote-by-mail issue has been prominently voiced by Pres. Trump, who went as far as admitting to blocking U.S. Postal Service funding to stop mail-in ballots.

Like Paxton, Trump claims the possibility of voter fraud. Democrats, however, contend voter suppression in the midst of the coronavirus pandemic. Back in May, the Texas Supreme Court ruled a fear of the virus is not a valid reason to request a mail-in ballot. 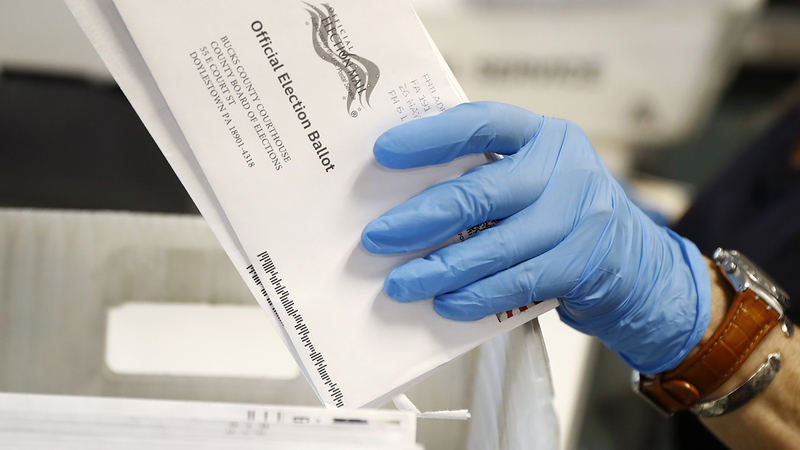 President Donald Trump suggested delaying the presidential election over his persistent false attacks that mail-in voting would lead to the “most INACCURATE & FRAUDULENT Election in history.”

As for the Gregg County case, the charges against the group include engaging in organized election fraud, illegal voting, fraudulent use of an application for a mail-in ballot, unlawful possession of a mail-in ballot, tampering with a governmental record, and election fraud. Paxton’s office said the penalties for these offenses range from six months in state jail to 99 years in prison.