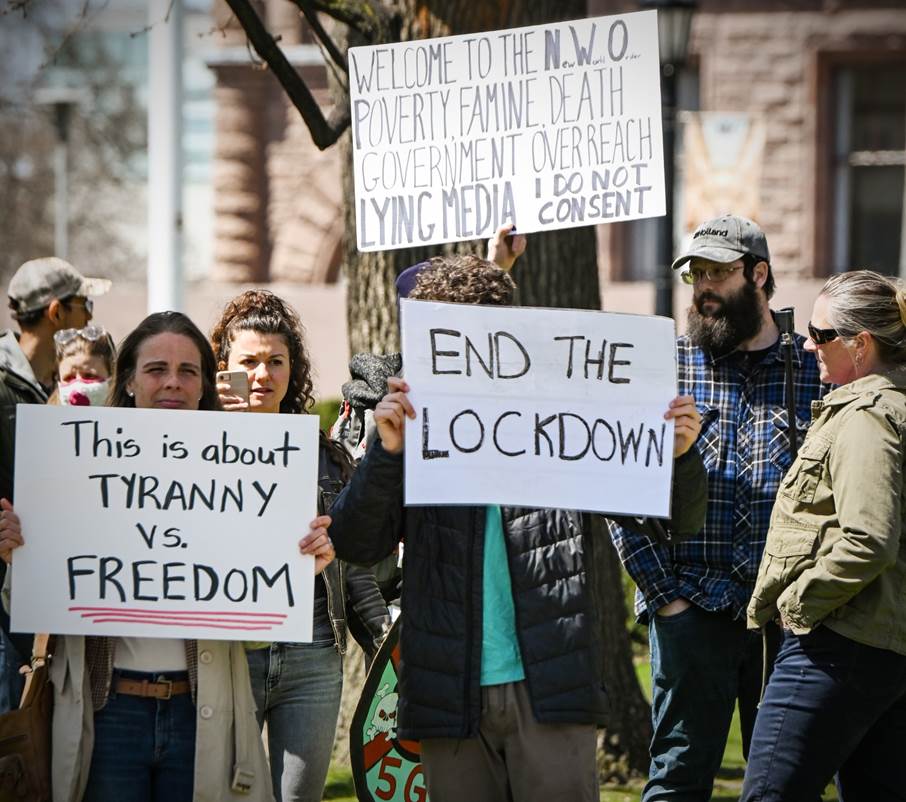 Professor Neil Ferguson, an epidemiologist who played a key role in convincing the British government to adopt lockdowns, revealed that the country’s lockdowns were meant to emulate those carried out by the Chinese Communist Party  – modeled to strip civil liberties and exert authoritarian control over citizens.

In Ferguson’s recent interview with The Times, he revealed that lockdowns he championed as part of Britain’s Scientific Advisory Group for Emergencies (SAGE) Board, were rooted in those carried out by the Chinese Communist Party. Dubbed “Professor Lockdown” by many for his contributions to swaying the British government to adopt stringent lockdown measures, Ferguson ultimately stepped down from the SAGE board after he violated his own lockdown protocols.

In the December 25th interview, he noted that “there is an enormous cost associated with” lockdowns, especially concerning the restriction of civil liberties. He notes, however, once the Chinese Communist Party enacted their repressive lockdown “people’s sense of what is possible in terms of control changed”:

“I think people’s sense of what is possible in terms of control changed quite dramatically between January and March. […]If China had not done it the year would have been very different.”

While Ferguson was “skeptical at first” that China had “flattened the curve,” adding he “thought it was a massive cover-up by the Chinese,” he reveals the Chinese Communist Party’s data was what convinced him that lockdowns were “effective policy.”

Leaked documents reveal and even establishment media reports now concede that data emanating from the Chinese Communist Party at the onset of the pandemic – the impetus behind Ferguson championing lockdowns – was faulty.

He insists again in the interview that Britain’s lockdowns were designed to emulate those executed by the a “communist one-party state”, specifically the Chinese Communist Party:

“It’s a communist one-party state, we said. We couldn’t get away with it in Europe, we thought. And then Italy did it. And we realized we could.”