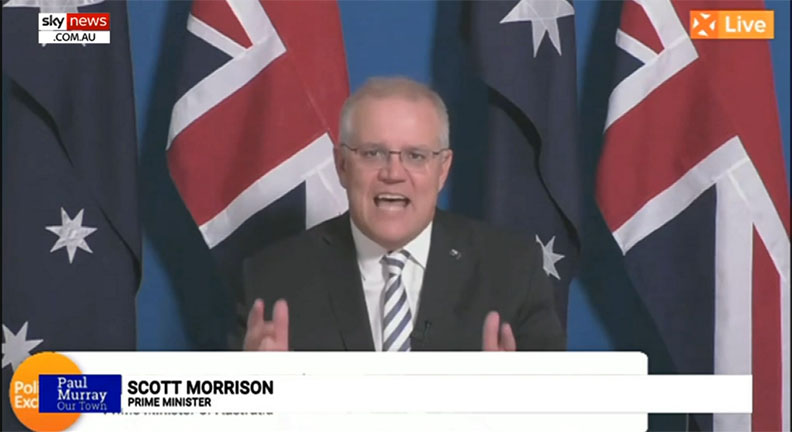 AUSTRALIA – Australian TV outlet Sky News is reporting that Prime Minister Scott Morrison is “absolutely not” going to secretly join Joe Biden and Justin Trudeau by following along with the Great Reset.

For those of you who believe he (Scott Morrison) is going to secretly fall along with Biden, Trudeau or anyone else with the Great reset, he is absolutely not going in that direction,” Mr Murray said.

In his speech, Mr Morrison said, “We don’t need to reset our economic agenda, we just need to get on with it.”

‘You’ll own nothing, and you’ll be happy

Sky News Australia reports that powerful individuals, groups and large global organisations are at the forefront of a plan labeled ‘The Great Reset’ which intends to use the fear generated by the coronavirus to reshape the world and achieve net zero emissions.

“The Australian taxpayer spends a fortune sending top politicians and public servants year in year out in luxury style to attend the World Economic Forum in Davos to help map out global economic structures”. 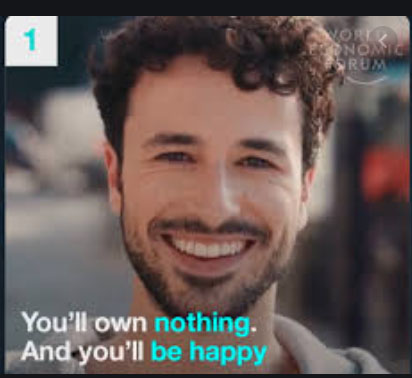 A World Economic Forum video tells viewers “You’ll own nothing and you’ll be happy.”

However, Mr Dean pointed out behind its lavish exterior the World Economic Forum is working with the UN, IMF and other high-profile globalist organisations to introduce online activist movements and compliant local and national governments through a vast network of connected corporations.

“It is a global commitment they have made to use the panic and fear generated by the corona virus as a means to reshape all our economies and laws and move to a new form of capitalism that focusses on net zero emissions”.

“To use all the tools of COVID to tackle climate change”.

Mr Dean said “if implemented successfully, The Great Reset will undeniably and deliberately have extreme and possibly dire repercussions”.

“‘You’ll own nothing, and you’ll be happy’ is just one of their marketing slogans,” he said.

“The plan involves replacing shareholders of big companies with stakeholders, who happen to be left-wing bureaucrats and climate change zealots. Replacing Mum and Dad small businesses and private enterprises with big tech and big business”.

“Remember, it’s not only a great reset, it’s a great deception.”

“The Great Reset,” is an idea pushed by Klaus Schwab, the founder and executive chairman of the World Economic Forum (WEF) in Switzerland.

According to WEF’s website, The Great Reset has among its goals no less than a rapid post-pandemic overhaul of economic systems, business models and societies.

“There is an urgent need for global stakeholders to co-operate simultaneously in managing the direct consequences of the COVID-19 crisis,” says the website.

“As we enter a unique window of opportunity to shape the recovery, this initiative will offer insights to help inform all those determining the future state of global relations, the direction of national economies, the priorities of societies, the nature of business models and the management of a global commons.”

At the UN on Sept. 29, Trudeau said the pandemic was an opportunity for a reset as laid out by the World Economic Forum and he used Joe Biden’s campaign slogan “build back better.”

This sparked debate online about the Great Reset.

In November Trudeau was asked about his Sept. 29 UN speech where he mentioned that COVID-19 is an “opportunity for a reset.”

“I think we are in a time of anxiety where people are looking for reasons for things that are happening to them,” said Trudeau. “That (in) the difficult moments we’re in, it’s nice to find someone to blame, something to point to, something to get mad at.”

And, during a news conference in November, Prime Minister Justin Trudeau addressed what he called conspiracy theories circulating about his involvement in the “Great Reset,” saying that “we’re seeing a lot of people fall prey to misinformation.” 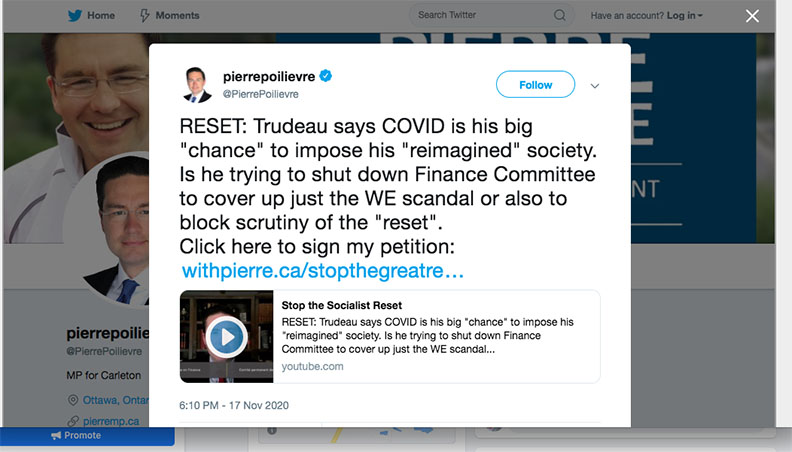 On Nov. 17, US Fox News host Tucker Carlson mentioned Trudeau’s comments to the UN and said, “The elites want COVID-19 lockdowns to usher in a ‘Great Reset’ and that should terrify you.” 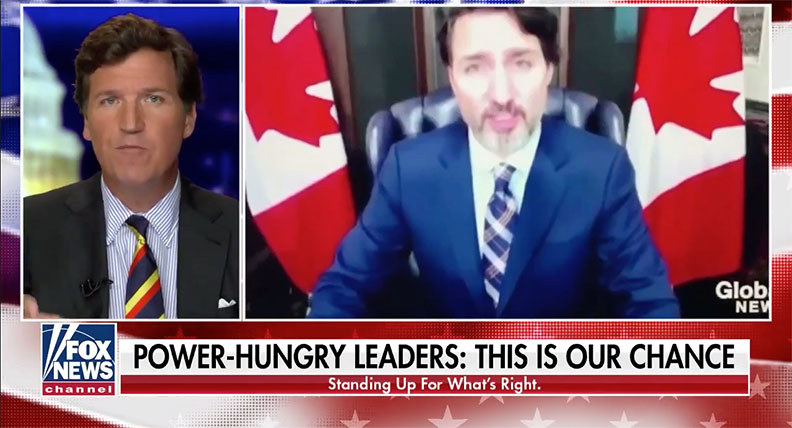 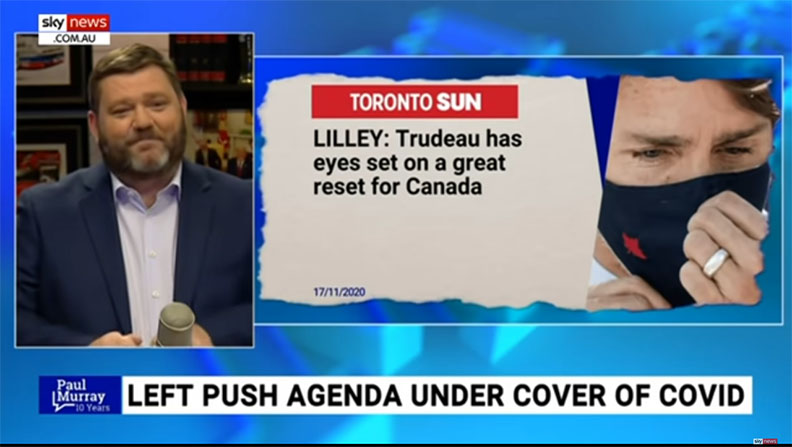 At a virtual meeting in June 2020 hosted by the World Economic Forum, some of the world’s most powerful business leaders, government officials and activists announced a proposal to “reset” the global economy.  Instead of capitalism, the group said the world must adopt socialistic policies, such as wealth taxes, additional regulations and massive Green New Deal-like government programs.

“Every country, from the United States to China, must participate, and every industry, from oil and gas to tech, must be transformed,” said Klaus Schwab, the founder and executive chairman of the World Economic Forum, in an article published on WEF’s website.

“In short, we need a ‘Great Reset’ of capitalism.”

Schwab said “all aspects of our societies and economies” must be “revamped,” from education to social contracts and working conditions.

Joining Schwab at the World Economic Forum meeting was Prince Charles, who is one of the primary advocates of the Great Reset. Others in attendance included CEOs and presidents of major international corporations, such as Microsoft and BP, Gina Gopinath, the chief economist at the International Monetary Fund, and António Guterres, the secretary-general of the United Nations.

The World Economic Forum is the International Organization for Public-Private Cooperation. The Forum engages political, business, cultural and other leaders of society to shape global, regional and industry agendas.

The World Economic Forum meets in Davos, Switzerland, in January 2021 and will reveal more details about their proposed Great Reset.