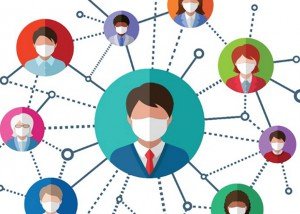 On July 2nd, 2008, former US President Barack Obama spoke to an enthusiastic crowd in Colorado Springs, Colorado about expanding a “civilian national security force” to meet national security goals in areas from education, healthcare to saving the environment.

“As president I will expand AmeriCorps to 250,000 slots [from 75,000] and make that increased service a vehicle to meet national goals, like providing health care and education, saving our planet and restoring our standing in the world, so that citizens see their effort connected to a common purpose.”

Although most of Obama’s promises did not become a reality, he did continue the same agenda as his predecessor, George W. Bush in expanding a “civilian national security force” in several key areas that are crucial for US citizens.  George W. Bush signed off on the creation of Transportation Security Agency (TSA) on November 19th, 2001 after the September 11th false flag attacks. Obama advocated for a civilian national security force with the same powers as the US military. Here is the main point of his speech:

We will enlist our veterans to find jobs and support for other vets, and to be there for our military families. And we’re going to grow our Foreign Service, open consulates that have been shuttered and double the size of the Peace Corps by 2011 to renew our diplomacy. We cannot continue to rely only on our military in order to achieve the national security objectives that we’ve set.

We’ve got to have a civilian national security force that’s just as powerful, just as strong, just as well-funded. We need to use technology to connect people to service. We’ll expand USA Freedom Corps to create online networks where American can browse opportunities to volunteer. You’ll be able to search by category, time commitment and skill sets. You’ll be able to rate service opportunities, build service networks, and create your own service pages to track your hours and activities.  This will empower more Americans to craft their own service agenda and make their own change from the bottom up

Obama’s call for a civilian national security force can be compared to the brown shirts of Nazi Germany.

The concept of contact tracing with government-trained recruits for the sake of tracking Covid-19 cases will lead to the violation of your privacy when it comes to your health concerns.  The US government, the Clinton Foundation and several states are actively creating an army of contact tracers, so in a sense, Obama’s call for a civilian force is becoming a reality.

But there is good news, not everyone is on board with such an invasive idea.  According to an article published back in May by Technology Review on US attitudes towards government intrusion on privacy especially when it comes to their health, “In a Twitter thread earlier this week, Keith Humphreys, a professor of psychiatry and behavioral sciences at Stanford, argued that public health officials are underestimating how much US attitudes toward government authority could undermine national testing and tracing programs.”  The article describes how ordinary Americans defy Covid-19 lockdowns when it comes to facemasks, stay-at-home restrictions and social distancing rules that were put in place.

Here is a video by a California woman who got certified as a contact tracer explains in detail what they actually do:

Another point made in recent contact tracing efforts in the state of Louisiana is that it is basically a failure.  On August 4th, Reuters’ published an in-depth analysis on the failures of contact tracing ‘Special Report: Local governments ‘overwhelmed’ in race to trace U.S. COVID contacts.’ One example is what the director of the Louisiana Department of Health, David Holcombe had said about the realities of contact tracing and why he deemed it useless:

David Holcombe, the director of the Louisiana Department of Health for the central portion of that state, said that, as of mid-July, the turnaround was as long as 14 days. The lag time makes “contact tracing virtually useless,” he said. That’s because by the time positive results come back, the infected person has potentially had many more contacts, who have potentially infected others themselves

The report admits that contact tracers face a public that basically does not trust the government:

Even with sufficient money and staff, health departments often have trouble convincing people to pick up the phone and cooperatively answer questions. Playing into that problem are political divisions throughout the country over how seriously to take the pandemic and what responsibilities the government should or should not impose on the public.

In Texas, a Republican state representative in June called for ending the contact tracing program as “a threat to our privacy and individual liberties.” The Republican-controlled Kansas legislature in June passed a COVID-19 bill with bipartisan support ensuring that no civil or criminal penalties would apply to anyone who refuses to provide information to a tracer. Such penalties, to the limited extent they are allowed under public health laws, are rarely enforced.

People may be reluctant to engage with tracers for a variety of other reasons, including embarrassment for exposing themselves to infection or fear they’ll lose their job. Sometimes, contact tracers are hindered by misunderstandings