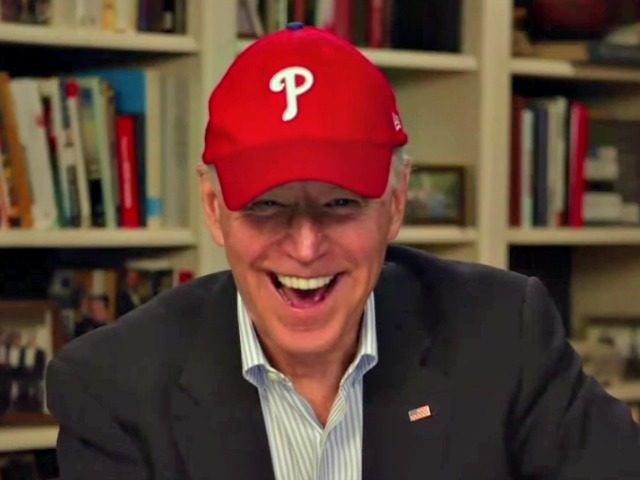 Wikipedia has joined Twitter and Facebook in seeking to suppress revelations from the New York Post about Hunter Biden allegedly securing a meeting between his father, then-Vice President Joe Biden, and a high-level adviser to Ukrainian energy company Burisma where the younger Biden served as a board member and which faced serious corruption allegations. Editors recently deemed the Post an “unreliable source” on Wikipedia and cited this as a reason to exclude mention of the story.

Previously, editors have slanted content on Wikipedia regarding the Biden-Burisma controversy and also joined in Big Tech censorship campaigns to suppress the name of the alleged whistleblower who sparked the Ukraine-focused impeachment of President Donald Trump.

Yesterday’s New York Post story prompted a flurry of censorship as both Facebook and Twitter moved to suppress or outright remove links to the article, which discussed e-mails obtained from a laptop allegedly belonging to Hunter Biden. The e-mails allegedly show Burisma repeatedly pushing Biden to help them gain access to his father who was in charge of Ukraine policy under President Barack Obama, with one suggesting these efforts got one company adviser a meeting with the then-Vice President. Following the Post’s revelations, one editor attempted to add mention of the story on an article for “Conspiracy theories related to the Trump-Ukraine scandal” citing the Post, Fox News, and the Daily Mail.

Editor “Soibangla” promptly removed the material on the story claiming “this story smells” and arguing it was based on “unreliable” sources. The editor who had added the material restored it and questioned how the Post and Fox News could be deemed unreliable. At the discussion page, Soibangla cited a list on Wikipedia of sources whose reliability has been assessed by the site community, which shows the Post listed as unreliable and Fox News discouraged for politically contentious claims. Both outlets have only recently been downgraded with Fox News being discouraged as a political source in July and the Post being deemed ureliable in a discussion last month.

Numerous conservative news outlets have been downgraded or outright banned from use on Wikipedia in recent years, including Breitbart News. Discussions on such downgrades and bans, which began in earnest after editors banned the Daily Mail, have typically been dominated by the site’s left-wing editors. After removing direct links to the Post and backing the material with reports about the story in sources still considered “reliable” on Wikipedia, an editor still removed it, though it was again restored. Soibangla insisted on the article’s discussion page that the material should still be removed given it originated in the Post and also badgered the user who added the material in the comment section of his profile page.

Paul Lee, known currently as “Valjean” on Wikipedia, went further in arguing against the material by claiming the Post story was “likely Russian disinformation.” Lee is heavily involved in articles regarding debunked claims Trump colluded with Russia to rig the 2016 election. Most notably, Lee is the primary author of the Steele dossier’s article where Lee has filled the page with commentary defending the discredited dossier’s veracity. He also actively pushes extreme Russia collusion conspiracy theories on Twitter and has drafted articles pushing Russia-related anti-Trump smears. More egregiously, Lee’s personal editing space includes an essay suggesting Trump had the Saudis kill Washington Post columnist Jamal Khashoggi for criticizing him and might have other journalists killed if re-elected.

The “conspiracy theories” article where material on the Post story was added was created last year by Guy Chapman during the controversial impeachment of President Trump over allegations that he pressured Ukraine into investigating the Burisma controversy and Ukrainian interference in the 2016 election. It is the only page significantly devoted to the scandal as no “Biden-Burisma controversy” Wikipedia article exists, despite numerous establishment outlets and non-partisan government officials raising concerns about the relationship between the then-Vice President’s son and the Ukrainian energy firm. Chapman, an administrator with special privileges on the site, has been involved in numerous smear campaigns against Trump as well as agenda-pushing efforts favoring Antifa and Black Lives Matter.

On the article for Hunter Biden, there has been no attempt to add the Post‘s revelations. At the discussion page for the article, various left-wing editors have identified the Post being “unreliable” as the reason. Chapman there baselessly accused Trump’s attorney and former New York City mayor Rudy Giuliani of fabricating the origins of the e-mails and claimed it was “more likely that Rudy Giuliani, whose associates include known Russian intelligence agents, has been given data stolen by the GRU” and suggested any possible mention of the story should “point out that the source of the purported (and unverified) emails is very likely the Kremlin.”

Favoritism towards the Bidens on the Burisma controversy became pronounced during Trump’s impeachment as many editors then included the Burisma allegations in a “Biden-Ukraine conspiracy theory” section on the “conspiracy theories” article. Recently, editor Soibangla has added content to the article seeking to portray the Burisma allegations as “disinformation” propagated by Russia against former Vice President Biden. On the page for Wisconsin Senator Ron Johnson, whose committee recently issued a report regarding the Burisma controversy, editor “Snooganssnoogans” added similar smears to tie him to “Russian disinformation campaigns.” Snooganssnoogans has been involved in numerous smear campaigns against conservative figures, including spreading a hoax claim about Breitbart News.

Censorship of the New York Post‘s Burisma e-mail story is not the only time Wikipedia’s editors have worked in tandem with social media censorship campaigns as they previously took part in censoring the alleged name of the whistleblower who sparked off the impeachment. Due to most conservative media discussing the name being deemed “unreliable” on Wikipedia, editors argued mentioning the name violated policies on claims about living people and went a step further than removing mentions by deleting revisions including the name and adding a filter to block edits containing the name. Facebook, YouTube, and Twitter, all engaged in varying levels of censorship on the matter.

Wikipedia editors suppressing the Post’s story about the Biden-Burisma e-mails is another indicator of the significant political bias on the site, which has been criticized by the site’s co-founder. The banning and downgrading of conservative media in conjunction with the site’s heavy reliance on left-wing media sources generally and for articles on politicians specifically further aggravates this slant. Big Tech sites have meanwhile utilized Wikipedia as part of their efforts against “fake news” online.

(Disclosure: The author has previously been involved in disputes on Wikipedia with some parties referenced in this article)

T. D. Adler edited Wikipedia as The Devil’s Advocate. He was banned after privately reporting conflict of interest editing by one of the site’s administrators. Due to previous witch-hunts led by mainstream Wikipedians against their critics, Adler writes under an alias.