Twitter often touts its efforts to crack down on so-called “misinformation.” This month alone, the platform has revealed that it has challenged more than 11 million accounts for posting what it deems to be “misleading information” about COVID-19 and announced a new strikes system where it will permanently suspend accounts that repeatedly post “false or misleading” tweets.

Yet in its Trending section, Twitter amplified false claims about the Colorado shooting suspect, a Syrian migrant, being white.

Not only did Twitter amplify these false claims but it also added additional “context” to the trending topic which stated: “People are comparing the arrests of the white male suspects at the center of the recent shootings in Boulder and Atlanta to the 2019 death of unarmed Black man Elijah McClain.”

This additional context is created by Twitter’s own in-house curation team.

Mainstream media fact-checkers such as AFP Fact Check also have the power to censor other users when they post information that the fact-checkers deem to be false.

In the case of AFP Fact Check, this power is given to the outlet via Facebook’s third-party fact-checking program. Under this program, posts that are fact-checked by AFP Fact Check can be labeled false, hidden behind a warning label, and have their reach slashed by 95%.

Yet Uzair Hasan Rizvi, an AFP Fact Check reporter who focuses on “debunking misinformation/fake news,” shared false claims about the Colorado shooting suspect not being a Muslim.

“He was only apprehended and not choked or shot to death because he was not brown, black or a Muslim,” Hasan Rizvi tweeted. 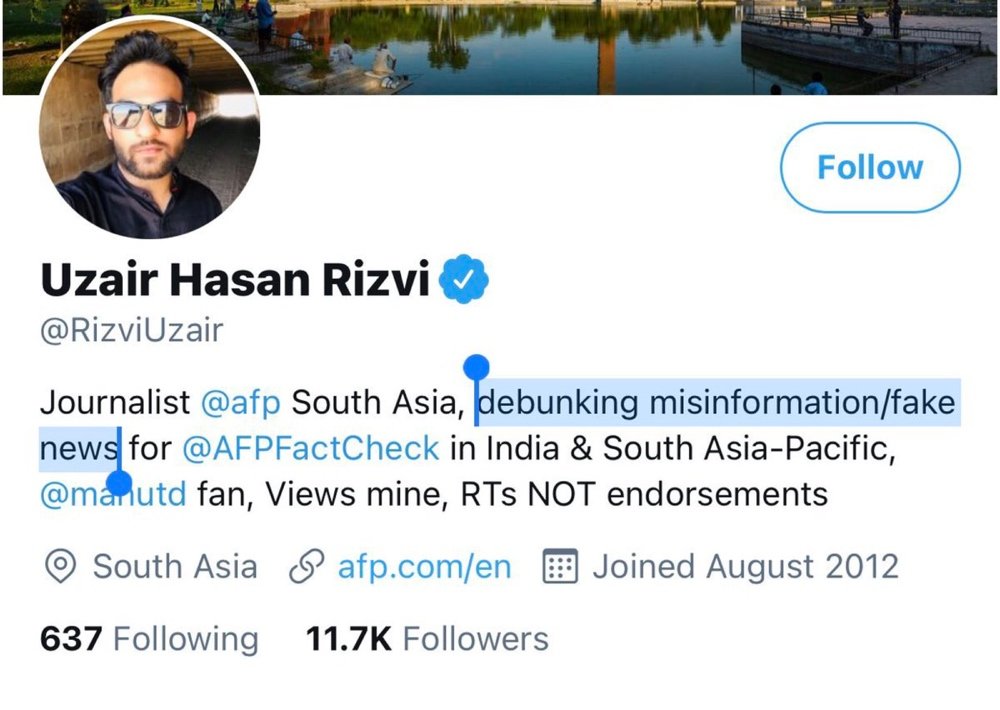 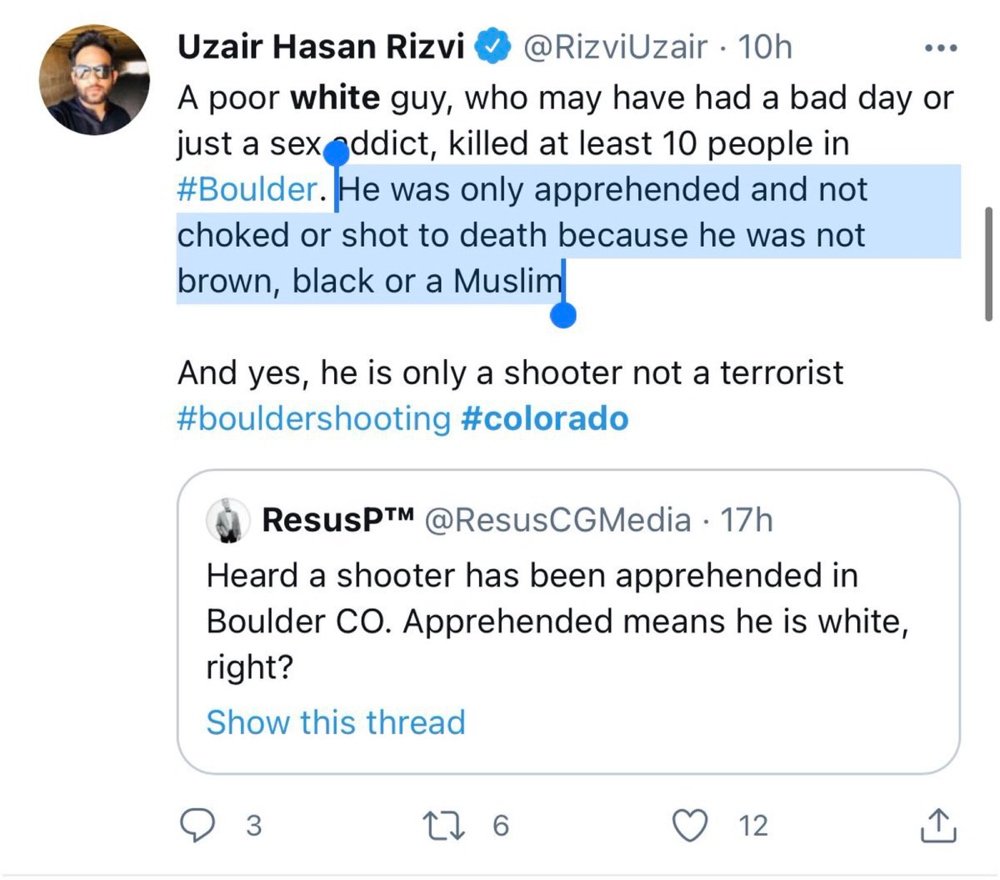 When it became apparent that Twitter and Hasan Rizvi had posted false information, they didn’t have their posts throttled and their accounts weren’t restricted or suspended.

Instead, these gatekeepers, who get to sanction users of social media platforms for sharing what they deem to be false information, were able to voluntarily remove their posts without facing any further penalties and continue in their roles as arbiters of truth.

The post Twitter and “fact-checker” pushed false claims about the Colorado shooter appeared first on Reclaim The Net.