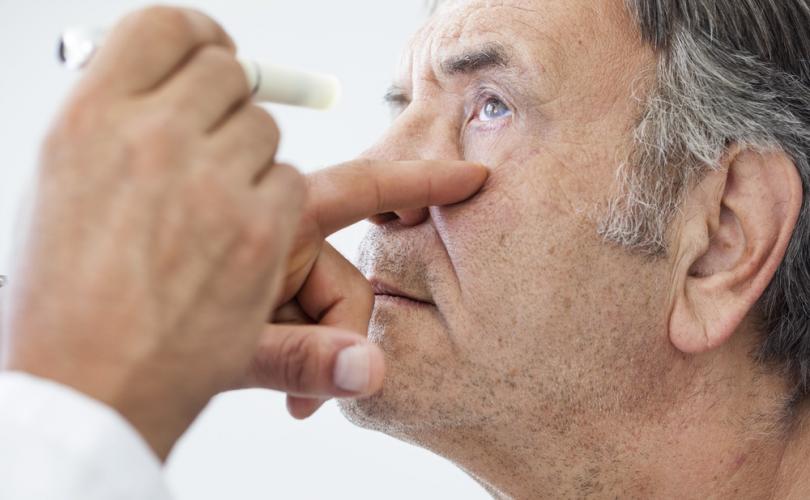 More than 10,000 reports of eye disorders after COVID shots in the U.K. alone

May 1, 2021 Hundreds of cases of blindness are among the 19,916 reports of “eye disorders” to the World Health Organization’s European drug monitoring agency following injection of experimental COVID-19 vaccines

The nearly 20,000 eye disorders reported to VigiBase, a database for the WHO maintained by the Uppsala Monitoring Centre(UMC) in Uppsalla, Sweden, include:

More than half of the eye disorders (10, 667) were also reported to the U.K.’s Yellow Card adverse event reporting system. These would have followed injection primarily of AstraZeneca’s and Pfizer’s COVID-19 vaccines but included eight reports of eye disorders among the 228 reports concerning Moderna’s vaccine, of which only 100,000 first doses had been administered by April 21.

Eye disorders were not reported in the clinical trials for vaccines which have been granted Emergency Use Authorization (EUA) only. The U.S. Food and Drug Administration’s fact sheet for those administering Pfizer’s experimental vaccine does not mention eye side effects. It does state, however, that “Additional adverse reactions, some of which may be serious, may become apparent with more widespread use of the Pfizer-BioNTech COVID-19 Vaccine.”

VigiBase and Yellow Card reports do not offer details of the patients’ experiences of adverse side-effects. However, those in the U.S. Vaccine Adverse Event Reporting System (VAERS) system include some reporting on the patient, his or her age, and the general case presentation.

One VAERS report describes a 33-year-old pilot from Mississippi who took Pfizer’s vaccine and developed vision problems among numerous other symptoms.

“I noticed a headache in the very top of my head within an hour of getting the vaccine,” he reported. “I thought it was normal because everyone I know said they got a headache from it. Over the next few hours, the pain moved down the back of my neck and became a burning sensation at the bottom of my skull.”

“Two days after receiving the vaccine I flew my plane and immediately noticed something was wrong with me,” the report continues. “I was having a very hard time focusing. Approximately 2 hours into my flying I felt sudden and extreme pressure in my head and nearly blacked out. I immediately landed and stopped flying.”

The pilot experienced the same thing two days later when he tried flying again. The burning in his neck intensified and was accompanied by dizziness, nausea, disorientation, confusion, uncontrollable shaking, and tingling in his toes and fingers.

The patient was diagnosed with vertigo and prescribed a medication which provided “no relief,” according to the VAERS account. He underwent extensive testing including balance, eye, and hearing tests, CT and MRI scans, and he was informed that an allergic reaction to the Pfizer COVID vaccine had increased the pressure in his spinal cord and brain stem.

“That pressure causes my vision problems and ultimately ruptured my left inner ear breaking off several crystals in the process,” the report states.  “I cannot fly with this condition. I’m currently taking Diamox to reduce the pressure in my spinal cord and brain stem.”

More than 1,200 reports to VAERS include “eye pain” among the listed symptoms. One report filed by a 50-year-old physician from Wisconsin for himself said he experienced “severe sweating; fever; weakness” and the “worst headache of my life” following receiving a second dose of Pfizer’s Wuhan coronavirus vaccine in January.  The doctor said he experienced “searing eye pain for the last 2 months” and “daily headaches” – events described as a “disability” and “permanent damage.”

One 26-year-old student in California received Johnson & Johnson’s vaccine on April 9 and reported experiencing “typical” post-vaccine symptoms of nausea, muscle aches, chills, fatigue which “dissipated.” On the fifth day following the shot, however, she went for a light walk in the morning and “completely lost vision in both eyes.” She also described her “excruciating headache behind eyes” as the “worst headache of my life.” At a hospital emergency ward she was given morphine which she reported did not help the pain and a head CT scan ruled out a clotting event. Her report filed six days later, said: “I’m terrified because I know something is very wrong.”

Michelle Jorgenson, 31, of Arizona got her first dose of Moderna’s vaccine in mid-January, and second dose mid-February and developed blurred vision along with symptoms of headaches, “brain fog” and fatigue. She’s undergone CT and MRI scans and doctors don’t know what’s causing her problems,” she said.

“It’s frightening, stressful, and uncertain. I’m 31, and I have never in my life had double vision before,” she says.

Jorgenson said illness is affecting her ability to both work and drive. “I’m not currently driving at all, as it is just not safe.”

She has cut her at-home work schedule from 40 hours per week to about 25 hours per week, “but that’s also a struggle, because of the double vision, headache, brain fog, and fatigue.”

Pennsylvania immunologist Hooman Noorchashm has warned about the potential for vaccinating the 20% to 30% of people who have already had a recent or underlying COVID infection may lead to catastrophic events. That may be the reason why a 52-year-old man from Michigan who was diagnosed with COVID-19 on December 13, 2020 who then received a series of shots on December 22 and January 10, 2021 was diagnosed one day after his second shot with opthalmic artery thrombus causing vision loss in his left eye.

Some eye disorders happened in the context of severe allergic or “anaphylactic” or “anaphylactoid” events for which there are 915 VAERS report. More than 60 reports refer to “anaphylaxis” and eye symptoms in the same event, as in the case of a 55-year-old asthmatic woman with food allergies who had a reaction to Pfizer’s second dose of COVID vaccine and according a VAERS report was put “under the care of an eye doctor for her severe double vision, eye crossing, and eye drooping.”

Some eye pain reports are in association with herpes – or shingles — infection, which has already been raised as a potential elevated risk factor following COVID vaccination. According to a report on one 30-year-old woman, her “severe right side eye pain” and “vesicular rash with severe pain above right eyelid” developed after she got her Johnson & Johnson one-shot in January. She was diagnosed with Zoster Ophthalmicus of Right Eye and treated in urgent care. After her rash crusted she still had residual severe neuropathic pain at the time of the report nine days later.

In Great Britain, 35 reports of uveitis – an inflammation of the middle layer of the eye – following coronavirus vaccination were generated by April 21, about four months following the vaccines rollout in December.

This may seem a small number except that one 2016 study that looked for cases of “vaccine-associated” uveitis found 289 reports over 26 years of data from three databases – which works out to about 11 cases per year for all vaccinations. In which case, reports for uveitis are many fold higher than what one would expect to see from vaccination.

“The nature of Yellow Card reporting means that reported events are not always proven side effects,” according to the government website that catalogues the reports. “Some events may have happened anyway, regardless of vaccination.”

While public health officials have frequently stated that vaccine adverse events are only “one or two in a million” shots, the Medicines and Healthcare products Regulatory Agency (MHRA) for Britain states that for the Pfizer/BioNTech and AstraZeneca vaccines, the overall reporting rate is “around 3 to 6 Yellow Cards per 1,000 doses administered.”

As well, because both the U.S. VAERS the U.K. Yellow Card are passive collections systems, they tend to capture only a fraction of adverse events. A Harvard Pilgrim Healthcare study found that less than one percent of vaccine adverse events are reported to VAERS.

Asked about the high numbers of reported adverse eye events, a spokesperson for the MHRA, which oversees Yellow Card reports, said in an emailed statement: “We continually review Yellow Card data, as well as other data sources, to determine if reports may indicate any previously unrecognised risks.”

The statement added that the agency applies “statistical techniques” which compare events to what would be expected generally in the population.

“Everything has to be looked at on a case by case basis, and there is no set trigger to determine whether something may be linked to a vaccine,” the MHRA statement said. “All reports are kept under review taking into account the information available and whether there are other plausible explanations.”

Among the 12,140 adverse events reported to Canada’s coronavirus vaccine adverse event reporting system by April 23, there is not a single account of an eye disorder— which, given the extraordinarily high numbers in other countries, raises questions about Canada’s reporting process.