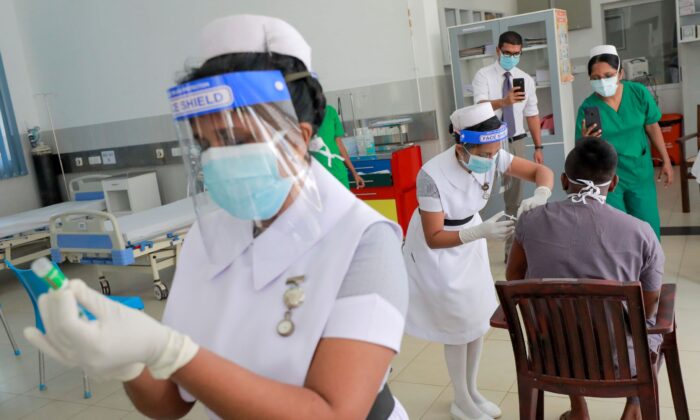 Chief Medical Officer of Health Dr. Deena Hinshaw announced the death of a woman in her 50s on Tuesday after she had received the vaccine but didn’t confirm her name.

“I am sad to report tonight that we have confirmed Alberta’s first death from VITT following vaccination from the AstraZeneca [COVID-19] vaccine,” Hinshaw wrote on Twitter. “My sincere condolences go out to those grieving this loss.” VITT refers to vaccine-induced thrombotic thrombocytopenia, which is a type of rare blood clot linked to COVID-19 vaccines.

She added that “we’d promised to alert Albertans as soon as possible in such confirmed instances,” adding: “While any death is tragic, it’s important to remember that risk of dying or other severe outcomes remain far greater than the risks following AstraZeneca vaccine. This marks the second VITT case and only related death out of 253,000 AstraZeneca doses in Alberta to date.”

Family members told the network that it was Lisa Stonehouse, a 52-year-old mother from Edmonton, who died after getting the shot. Wilfred Lowenberg, who said he is the godfather to Stonehouse’s son, told CTV that she received her first AstraZeneca shot on April 21 before developing an adverse reaction.

“Her daughter didn’t deserve this, and neither did her parents,” he added. “Her parents lost their only daughter, and no parent should have to suffer through that, just as no child of Jordan’s age should have to lose both her parents before the age of 20.”

Covenant Health, a local healthcare provider, said in a statement that her death is being investigated.

“We offer our deepest condolences to her family and loved ones at this difficult time,” said spokeswoman Karen Diaper, as reported by CP24.

Health Canada Chief Medical Adviser Dr. Supriya Sharma said Wednesday that there have been about a dozen reported cases of blood clotting triggered by vaccines in Canada.

“What’s really important to note about these is that it’s something that can be diagnosed and can be treated,” she said, according to reports.

AstraZeneca was suspended in several European countries earlier this year due to the clots. Denmark last month became the first country to permanently suspend usage of the vaccine.

Danish health director Soren Brostrom said in mid-April that the suspension was carried out because “we must weigh this against the fact that we now have a known risk of severe adverse effects from vaccination with AstraZeneca, even if the risk in absolute terms is slight.”

EU health regulators said in March that the AstraZeneca vaccine should still be used because the benefits outweigh the risks.

Officials are of the “opinion that the vaccine’s proven efficacy in preventing hospitalization and death from COVID-19 outweighs the extremely small likelihood of developing” blood clots,” the EU said. “However, in the light of its findings, patients should be aware of the remote possibility of such syndromes.”

And AstraZeneca, in March, said it “would like to offer its reassurance on the safety of its COVID-19 vaccine based on clear scientific evidence,” adding that “a careful review of all available safety data of more than 17 million people vaccinated in the European Union and UK with COVID-19 Vaccine AstraZeneca has shown no evidence of an increased risk of pulmonary embolism, deep vein thrombosis (DVT) or thrombocytopenia, in any defined age group, gender, batch or in any particular country.”

COVID-19 is the illness caused by the CCP (Chinese Communist Party) virus.