Federal health officials have now confirmed 28 cases, including six in men, of a rare blood clotting disorder in adults who have received the Johnson & Johnson Covid-19 vaccine. 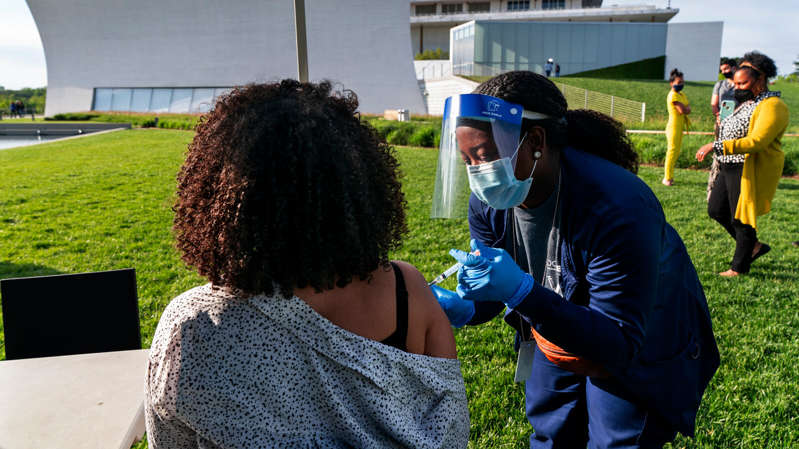 Dr. Tom Shimabukuro, the deputy director of the immunization safety office at the Centers for Disease Control and Prevention, presented the new cases on Wednesday at a meeting of a panel of advisers to the C.D.C.

The figure is an increase from the 15 confirmed cases, all of which were in women, that were reported at last month’s meeting.

Although officials have now identified a handful of cases in men, women – especially those between the ages of 30 and 49 – appear to remain at elevated risk. “The trend is that the reporting rates are higher in females compared to males in all age categories,” Dr. Shimabukuro said at the meeting.

Patients with the rare but serious disorder develop both blood clots, often in the brain, and low levels of platelets, blood components that promote clotting. The disorder is a “rare, clinically serious and potentially life-threatening condition,” Dr. Shimabukuro said.

Last month, after reports first emerged that six women who had received the vaccine had developed the disorder, federal health officials recommended pausing use of the vaccine while they investigated. They lifted the suspension 10 days later and added a warning about the potential risks to the vaccine’s label, which notes that a connection between the vaccine and the condition is “plausible.”

Twenty-two of the confirmed cases so far have been in women, and six have been in men. All were in adults between the ages of 18 and 59 who received the vaccine before the national pause. (There was also one additional case recorded in a 25-year-old man who participated in the clinical trial.)

Three people have died and four remain hospitalized, including one who is in intensive care. No new deaths have been documented since last month’s meeting, Dr. Shimabukuro said.

The overall risk remains exceedingly low. More than 9 million doses of the Johnson & Johnson vaccine have now been administered in the United States.

Among the 28 confirmed cases, 12 people who developed the disorder had obesity, 7 had high blood pressure, 3 had diabetes, and 3 were taking estrogen, though it is not yet clear whether any of those factors might substantially increase the risk of the disorder.

Officials will continue to monitor for cases of the clotting disorder in people who have been vaccinated, Dr. Shimabukuro said.

There have been no confirmed cases of the clotting disorder following the Pfizer-BioNTech or Moderna vaccines, which employ a different technology, Dr. Shimabukuro said.