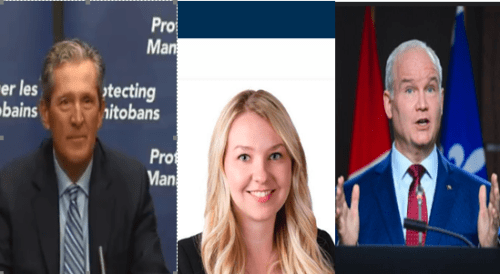 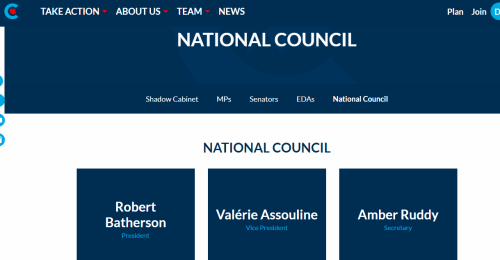 Just who is this Amber Ruddy? She just recently ascended to her position in a major political party, but what’s her backstory?

Amber Ruddy is a Conservative volunteer who has spent her career fighting for small-c conservative ideas and values. She has knocked on thousands of doors, served on electoral district associations, and helped get Conservatives elected.

Amber has worked for a federal Conservative cabinet minister, a provincial politician, and in non-partisan advocacy positions at the Canadian Federation of Independent Business and the Canadian Taxpayers’ Federation.

She currently works as Associate VP Western Canada with Counsel Public Affairs and has a decade of experience in business advocacy at the federal, provincial, and municipal levels.

Amber holds a Bachelor of Arts degree from Western University and an executive MBA from Queen’s University with a specialization in marketing strategy.

Amber Ruddy is quite open about being with Counsel Public Affairs, a lobbying firm in Canada. Did no one bother to check out (or even ask) what kinds of lobbying she was involved with? Or did the Conservative Party know about this and simply not care?

While this may be legal, how does it look? How does Ruddy go from being a pharma lobbyist to one of the people running the Conservative Part of Canada in just a month? Also, it’s not like she cut ties with Counsel Public Affairs. She’s still employed by them.

Amber was elected in March 2021 to the National Council of the CPC. Why is this important? Because only a month ago, she lobbied Manitoba on behalf of Emergent BioSolutions, the maker of AstraZeneca. She got directly to Manitoba Premier, Brian Pallister. 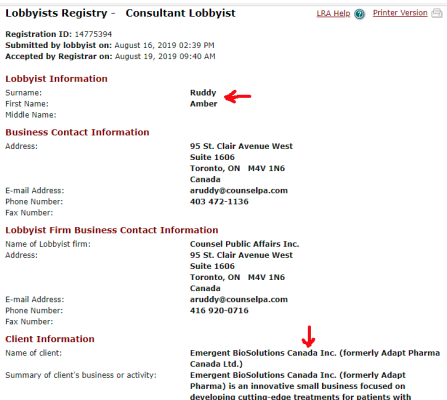 Her lobbying firm, Counsel Public Affairs, has been pushing other Provinces to accept AstraZeneca, despite its known health problems. 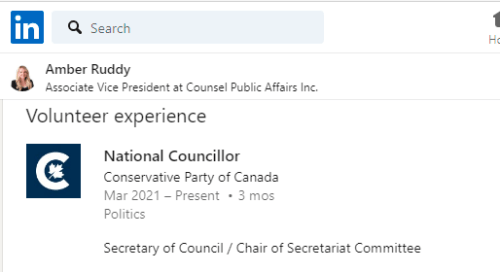 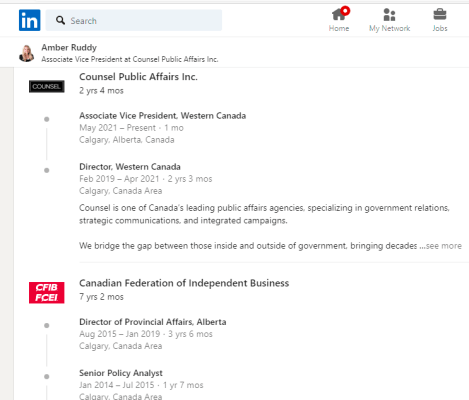 Now the obvious question has to be asked: when Ruddy performs her duties as Secretary of the CPC National Council, will she also be acting as a member of Council Public Affairs, which is STILL advocating on behalf of Emergent BioSolutions?

Bit of a side note: Dan Kelly, the President and CEO of the CFIB, Canadian Federation of Independent Businesses was bragging about vaccinating his children. Ruddy used to run the Alberta branch.

She’s also been working in Alberta lately, lobbying the Government of Jason Kenney. While Ruddy isn’t personally named in the Ontario Registry, several of her colleagues at C.P.A. are.

It seems pretty convoluted for Derek Sloan to be threatened over a $131 cheque he never actually saw, but then allow something like this.

Brian Pallister has also been lobbied on behalf of Emergent BioSciences by Tina Beaudry-Mellor, another member of Counsel Public Affairs. But what makes her case interesting is that she worked in Scott Moe’s Government in Saskatchewan until September 2020. After she was voted out, she began lobbying. Interesting way to avoid the rules: just hop Provinces, and then you’re good to go.

This also raises the question why people like Brian Pallister are always trying to give the hard sell on vaccines. Is this what they really believe, or have they been corrupted by some outside interest? Something always seemed off about that man. 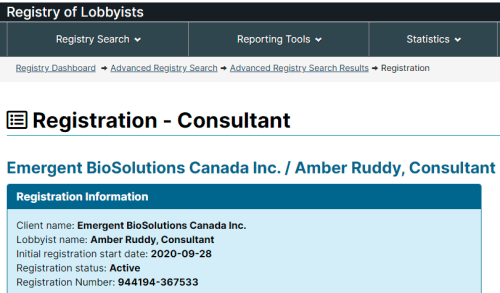 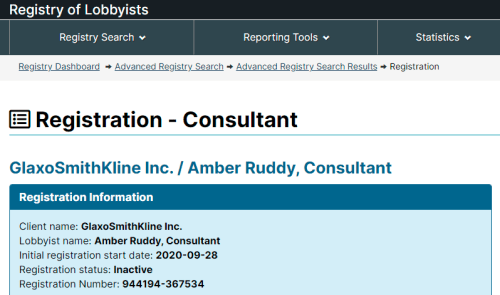 At the time of writing this, Ruddy is an ACTIVE registered lobbyist on behalf of Emergent BioSciences, at the Federal level. Until February, she was also a lobbyist for drug maker GlaxoSmithKline.

Even with that set aside, her firm is still lobbying both Federally and Provincially on behalf of drug companies. They are quite active. She will now have considerable power on the CPC National Council.

Members of the public, and especially those in the CPC should be outraged. It raises legitimate questions as to whether Rempel and O’Toole are simply puppets doing the will of big pharma. Their actions and words would suggest so. 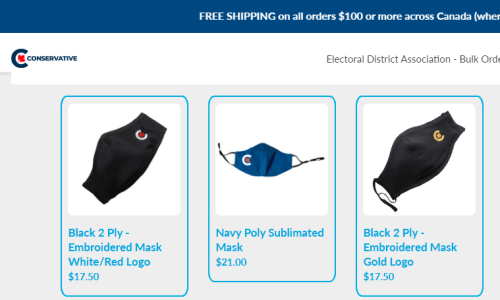 And just when you think you’ve seen it all, the CPC has decided to add masks to their line of merchandise for sale. Perhaps the “pandemic” won’t end as long as there is inventory to be sold. There’s free enterprise, and then there’s this…..

This sort of thing is hardly an isolated incident. Some more of the corruption that lobbying is:

If you want to know what is really going on, stop focusing on the puppets. Instead, look to the puppet masters and their proxies.